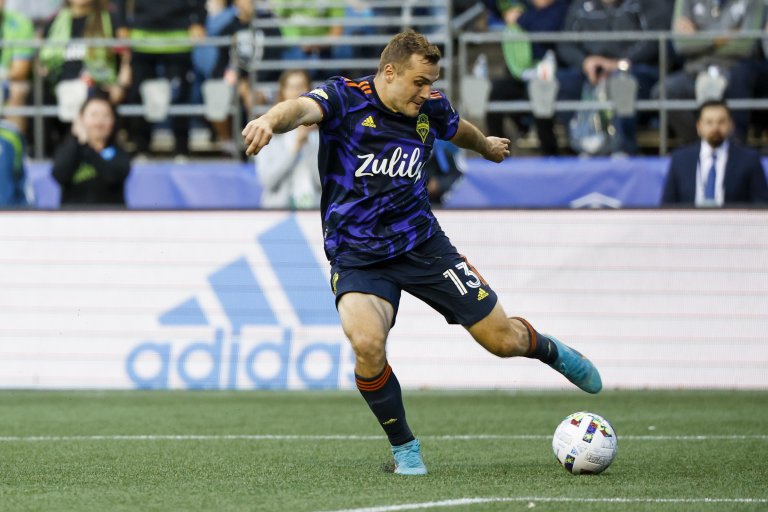 For most MLS clubs, this weekend represents the turning point of their season. Some squads are welcoming new faces, while others try to turn the ship around for a second-half playoff push. Toronto FC vs Seattle Sounders is one of the key matchups on Saturday and features two teams on opposite ends of that spectrum.

In fact, through 17 games Toronto sits in 12th place but are only six points back from New England, who own sole possession of the Eastern Conference’s final playoff spot.

Now, the Reds welcome in Lorenzo “Il Magnifico” Insigne from Napoli to the six. While Toronto bolsters the league’s second-worst defense in terms of goals conceded, Insigne has the quality to really lift them in the second half.

Conversely, the Sounders look to climb a loaded Western Conference table. Brian Schmetzer’s side won the CONCACAF Champions League in May and now look to level off in domestic play. After a second-place regular-season finish last year, Seattle now sits in seventh through 16 matches.

Overall, the moneyline favors Seattle ever so slightly with odds of +145. The Sounders have won their last three matches against Toronto, including one at BMO Field in 2018, which makes these odds seem quite valuable.

Also, goals are to be expected by the handfuls in this one. The over on 2.5 total goals has odds of -145 while the under sits at +115. Again, in their last three meetings this has hit every time with an average total goal tally of four. Moreover, this bet has hit in eight of their last ten combined MLS matches.

Furthermore, I see massive value in betting on the Seattle team total to hit over 1.5. Toronto’s defense is a shambles, and has fans literally turning to each other and saying Honestly, Nevermind.

In turn, this game is more about how Seattle finishes their chances. Toronto has only won the xG/xGA battle three times this year, against DC United, Atlanta United and the Columbus Crew. Note, all of these teams are currently outside of the Eastern Conference’s playoff bubble.

If you need any more proof of Toronto’s defensive shortcomings, they also have the highest xGA in the MLS, both in general and at home. Additionally, the back line is led by goalkeeper Alex Bono, who is just coming back into the side after being replaced by a now injured, Quentin Westberg. Bono’s save percentage of 68.1%, puts him in the 45th percentile for goalkeepers in the MLS.

Regardless, I digress. I favor Seattle to win this match not only because of Toronto’s shaky defense; I also believe that Seattle has a very well balanced attack.

First, we have Fredy Montero who will lead the line for the Sounders on the night. He replaces an injured Raul Ruidiaz, which is definitely a setback of sorts. Over the years we have witnessed some of the great finishing Ruidiaz offers.

However, the trio supporting Montero is top class with the likes of Jordan Morris, Nicolas Lodeiro and Cristian Roldan. Morris provides and element of blistering pace while the other two can both finish and create. Frankly, they will be too much to handle for that Toronto back line.

Finally, the best bet for this match is the Toronto team total to go over 1.5 with odds of +110. Plus odds are ridiculous here, and I will go down saying this is a multi-unit lock.