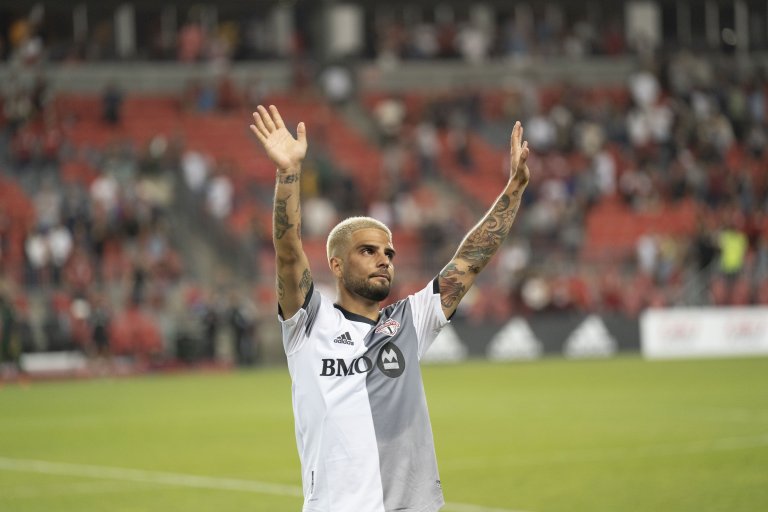 Wednesday, August 17th brings an intriguing mid-week MLS clash in the Eastern Conference as a new-look Toronto FC side plays host to the New England Revolution at BMO Field. The kick-off is scheduled for 7:30 PM ET.

TFC is coming off a dominant 3-1 victory over Portland, with their Italian connection of Lorenzo Insigne and Federico Bernardeschi getting on the scoresheet. As for the Revolution, they secured a 1-0 win against DC United over the weekend thanks to Carles Gil, who netted an early opener.

Toronto is a -104 favorite for Wednesday’s encounter, going unbeaten on home soil in their last three matches. The two sides also met on July 30th, each taking away a point in a scoreless draw at Gillette Stadium. Despite TFC’s impressive play, their MLS Cup Odds are still at a long +2500, though.

This has been a rather low-scoring encounter in recent memory, hitting over 2.5 goals just once in the last five meetings. That’s exactly why there could be value in the ‘under’ at +120 odds here.

Toronto frankly looks like a completely different team with new signings Insigne and Bernardeschi. Since the Italians came into the squad, the Reds have won three out of four games, even ending Portland’s 10-game unbeaten streak on Saturday.

The two clubs were in a 1-1 stalemate late in the second half until Michael Bradley’s crafty ball over the top ricocheted off the defender’s back and right to Insigne, who fired home a beautiful volley to give the hosts the lead. Just minutes later, Bernardeschi created some magic with a screaming hit from the top of the box to seal the three points. Toronto is truly flying high right now and a victory here could put them on the brink of a playoff spot.

The Revolution are playing good football at the moment, too. Bruce Arena’s group is unbeaten in four matches, keeping a clean sheet in every single one while bagging four goals. Saturday the opportunities were certainly there, but New England failed to put them away. Thankfully, Gil came to the rescue with his fifth goal of the campaign.

Prior to that victory, the Revolution also ran riot on Orlando in a 3-0 win, who are above them in the standings. Although Arena’s men are in good form, it’s important to note they’re not great on the road, going 3-5-4 as opposed to 5-2-5 in Foxborough. The backline will certainly be tested by a vibrant TFC attack who are looking to end New England’s impressive run of keeping opponents out of their goal.

These Eastern Conference foes are both in good shape currently, but I do like Toronto here. Their frontline looks much more threatening and the hosts are thriving at home lately. Take the Reds on the moneyline.