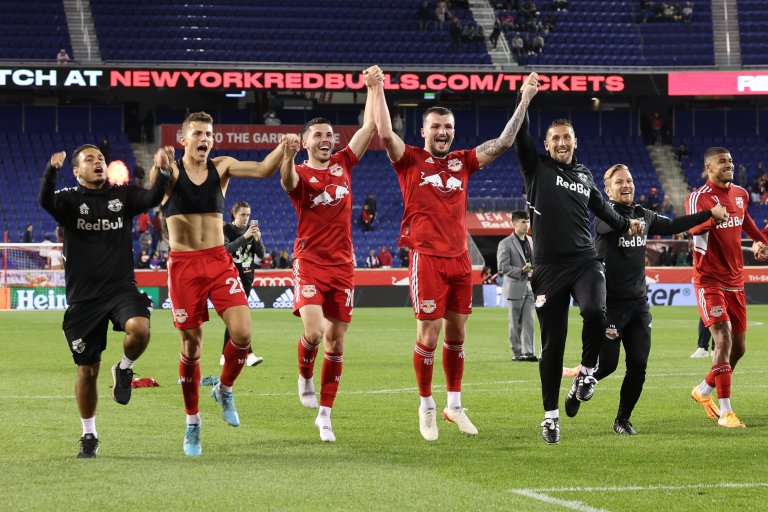 The Canadian Championship semifinals take place on Wednesday
Toronto and Montreal clash in one, while Vancouver faces CPL side York United in the other
Find the odds, preview, and picks below

In a rematch of the 2021 Voyageurs Cup Final, Montreal faces Toronto FC. The visitors beat TFC in that match by a 1-0 scoreline and will be hoping for a similar result this time around. Both clubs earned byes through the first round, with Bob Bradley’s men taking care of CPL sides HFX Wanderers, 2-1. Toronto is in poor form in MLS play, however, winning just once in their last eight fixtures. That puts them in 12th spot in the East with a 4-8-3 record.

Montreal meanwhile dispatched Forge FC 3-0 in the quarterfinals of this competition thanks to a hat-trick from Sunusi Ibrahim. When it comes to the MLS, they’re not in great form either, tasting defeat in three of their last four games. But, Montreal still remains in fifth place and well in the playoff race.

Montreal is unbeaten in four games against TFC, going 3-1-0. Their last meeting was coincidentally enough in that Canadian Championship Final towards the latter part of 2021. With that being said, I do like the visitors here to progress and hand Toronto another loss.

Vancouver will be looking to book their ticket to the Canadian Championship Final on Wednesday at BC Place against York United. The Whitecaps are in impressive form at the moment, coming out victorious in three of their previous four games. The Caps beat Dallas 2-0 over the weekend courtesy of goals from Lucas Cavallini and Deiber Caicedo. As for the Canadian Championship, Vancouver was pushed to the brink in the quarterfinals, defeating Cavalry FC on penalties last month.

Caicedo’s goal was a beaut ?

York, who plays in the CPL, also needed PKs to advance to the semifinals, beating Pacific FC 4-3 on spot-kicks after a 2-2 stalemate. The Ontario side has been absolutely toothless in the final third ever since that game though, going winless in four games and failing to score a single goal during that span. York played to a scoreless draw on the weekend against Pacific. They currently sit in sixth place in the Canadian Premier League with a 2-5-4 record, netting a mere six times in 11 games thus far.

This will be the first-ever meeting between Vancouver and York. However, considering these two teams are on opposite sides of the spectrum in terms of form, I do believe the Whitecaps will have zero issues winning this fixture. Given the visitors’ lack of finishing, I like the Caps to win and keep a clean sheet in the Canadian Championship.