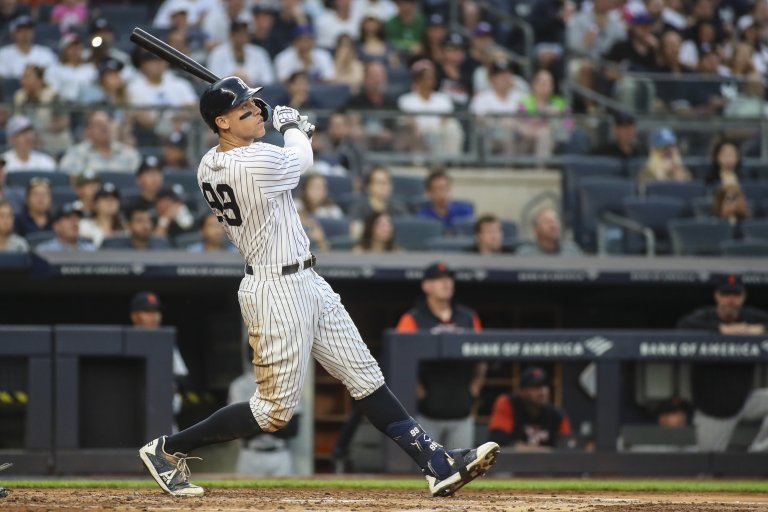 The Tigers and Yankees continue their three-game set on Saturday in a series that can basically be referred to as David versus Goliath. Detroit entered play on Friday 11 games below .500, while New York just matched the best 51 game start in baseball since 2002 at 36-15.

It should surprise no one then that not only are the Yankees the home chalk, they’re also the biggest favorite on Saturday’s odds board by a wide margin.

Odds as of June 3rd at Caesars Sportsbook

New York opened up as hefty -280 moneyline favorites, in a contest that features a total of 8.0. First pitch is scheduled for 1:05 pm ET at Yankee Stadium in New York, NY, with clear skies and 80 degree game time temperatures in the forecast.

The Yankees have the second shortest price tag in the World Series odds, and entered the weekend winners of 31 of their last 41 outings. That spells trouble for Tigers starter Beau Brieske, who’s off to a disappointing start to his rookie campaign.

Brieske is winless in seven starts, allowing 36 hits, 10 homers and 22 runs in 36 innings. Last time out, he coughed up three dingers to the Twins, bringing his May totals to 17 runs allowed over 26 innings.

Beau Brieske has done a lot of things well but remains susceptible to the HR ball. Twins have three HR today. Brieske has given up 10 in seven starts this season.

As we’ll discuss, New York’s lineup is outrageously talented. Given that, plus Brieske’s recent form, makes the rookie is a prime candidate for a short outing on Saturday.

The Yankees will counter with righty Luis Severino. The 28-year-old pitched very well against Detroit earlier in the year, holding them to one run over 5 innings. That’s been a trend for him versus the Tigers throughout his career, as he’s limited current Detroit hitters to a .182 batting average over 51 at-bats.

He’s allowed one run or less in two of his past three starts, and has yielded only nine earned runs in five starts against teams with a below .500 record.

Severino appears poised for success again versus Detroit, as the Tigers offense isn’t just bad, it’s the worst in baseball. They average the fewest runs per game, have hit the least amount of home runs, and rank bottom-four in slugging and OPS. No position player on their roster has a WAR above 0.7, while six of their top-nine hitters are batting below. 230.

New York on the  other hand, is chalk full of mashers. Aaron Judge is a top-two AL MVP odds contender, while Giancarlo Stanton is inside the top-10.

Five Yankee hitters have a WAR north of 1.0, including Josh Donaldson who returned to the lineup Friday following an IL stint for a shoulder injury.

New York leads MLB in home runs, boasts the second best run differential (behind the Dodgers), and ranks top-four in both slugging and OPS.

New York isn’t just beating teams this year, they’re running them out of the ball park. 12 of their past 15 victories have been by at least two runs, with an average margin of victory of 3.5 runs.

Each of their past nine wins against Detroit were by two or more runs, and while the Bronx Bombers own the best run differential in the AL, the Tigers boast the third worst.

Another feather in the Yankees cap is their ridiculous home record. Entering play on Friday they were 20-7 at home, which was the best mark in baseball. The Tigers on the road meanwhile, 6-15, the worst record away from home in MLB.