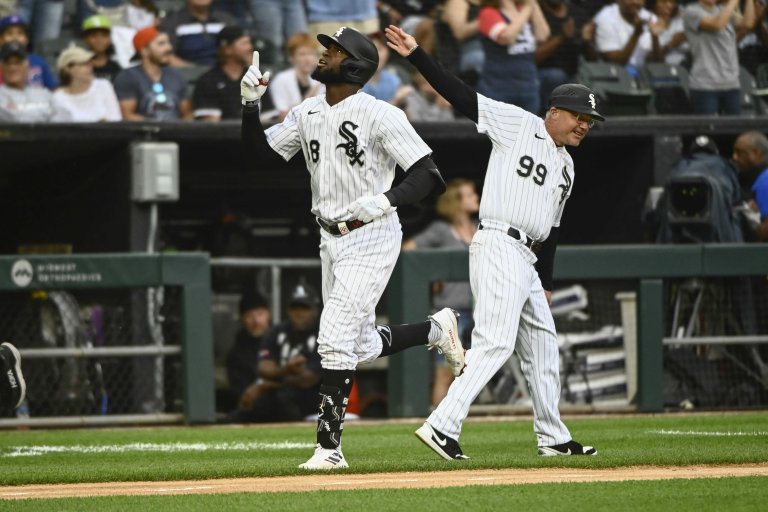 The Chicago White Sox are -178 home favorites over the Detroit Tigers in a game slated for Saturday, July 9
Entering play Friday, Chicago held a 5-1 straight up edge in the last six games against Detroit
All of the Tigers vs White Sox odds, picks, spreads and predictions are assessed in the story that follows

Preseason favorites to win the American League Central in the MLB Division odds, the White Sox are still a below-.500 team. Nonetheless, oddsmakers are backing Chicago in Saturday’s game against Detroit.

The White Sox are listed as -178 favorites. Detroit is 11-23 straight up as a road underdog this season.

First pitch at Guaranteed Rate Field is set for 2:10pm ET on Saturday, July 9. Clear skies with 11 mph wind and a temperature of 74 degrees is the weather forecast.

At odds of -178, the White Sox are offering an implied probability of victory of 64.03% in the MLB betting line. A successful $10 wager on Chicago would deliver a payout of $15.60.

The MLB betting trends are showing that the public is with the oddsmakers. There’s 55% of public wagers on both the moneyline and the runline backing the White Sox. Total bettors are going with the under to the tune of 56%.

Two right-handers at the opposite ends of the career spectrum are clashing in this game. Detroit’s Garrett Hill, 26, is making his second big-league start. Chicago’s Johnny Cueto, 36, is going to the bump for the 341st time.

Hill couldn’t have asked for a better MLB welcome. He celebrated July 4 by checking the Cleveland Guardians on two hits and one earned run over six innings. Hill got the decision in Detroit’s 4-1 victory.

Garrett Hill is the first pitcher in @tigers history to toss at least 6.0 innings and allow no more than two hits in his Major League debut.

Hill rates in the top 9% of big-league pitchers in Max EV (103.6). Only three hit balls in his debut reached a velocity of 100 mph. He’s the first pitcher in Tigers history to pitch six or more innings while allowing two hits or fewer in his MLB debut.

In his last four starts, Cueto is 2-1 with a 2.96 ERA. He’d lost his first three decisions of the season.

Johnny Cueto has been fantastic.

He leads the White Sox with 7 quality starts, despite having made only 9 starts.

The veteran righty has worked at least five innings in every one of his 10 appearances this season.  Cueto is in the bottom 5% of MLB hurlers in Max EV (115.2), though.

Jonathan owns Johnny. Tigers’ second baseman Jonathan Schoop is 4-for-8 (.500) with three home runs and four RBI when facing Cueto. Miguel Cabrera is also batting .500 (4-for-8) against Cueto with a homer and five RBI. And you can add Robbie Grossman to this .500 club. He’s 1-for-2 with an RBI.

Have yourself a day, Jonathan Schoop! Today is his first 4-hit game since September of last season. #DetroitRoots pic.twitter.com/9dxxZwYZ1e

Since this is Hill’s second MLB start, no White Sox batter has ever faced him in the big leagues.

Hill beat the Guardians with guile more than gusto. His fastball topped out at just 94 mph. The challenge for him against the White Sox will be keeping the baseball in the park.

Still, it’s hard not to ride a winning horse and lately, the Tigers are roaring to the finish line like champion thoroughbreds. Meanwhile, the White Sox still can’t seem to get out of their own way and out of their season-long funk.

Cueto has pitched extremely well and has been cursed by unlucky breaks. That seems to be the story of Chicago’s season so far.