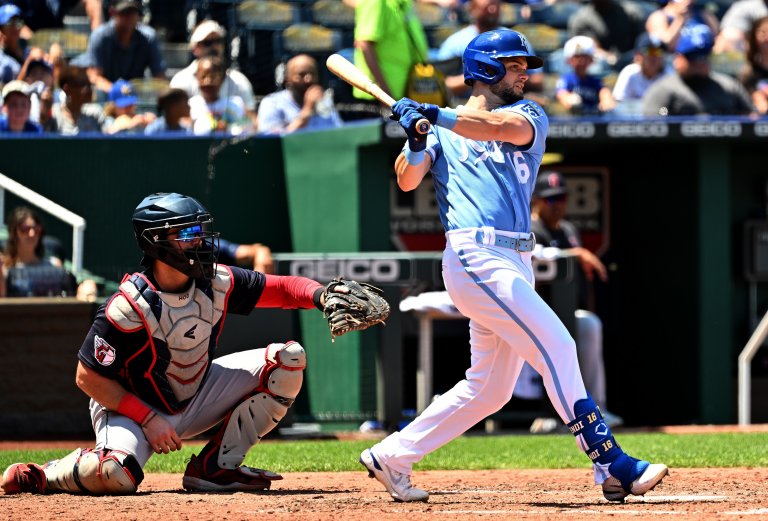 It’s a battle of AL Central bottom-feeders on Monday, as the Tigers and Royals play not one, but two games at Kauffman Stadium.

The division rivals are a combined 33 games under .500 entering play, and despite being four wins short of Detroit in the win column, it’s KC who opened as the home chalk in Game 1.

The Royals opened up as a -145 moneyline favorite in a game with a total of 9.5. First pitch is scheduled for 2:10 pm ET, with clear skies and 93 degree game-time temperatures in the forecast.

The Tigers, who boast one of the 10 longest prices in the World Series odds, will give the ball to Michael Pineda. The right-hander has pitched well for most of the season, allowing two runs or less in four of six starts.

He’s fresh off 5 innings of two-run ball in a victory over Cleveland, and held KC to seven hits and three runs over 5 innings when he faced them 10 days ago.

Royals batters are hitting just .202 versus Pineda over 69 career at-bats, with a minuscule .214 OBP.

KC, who’s tied with a few other teams for the longest MLB divisional odds, will counter with Brad Keller. The 26-year-old has alternated good and bad outings over the past few weeks, struggling against Houston last time out.

Pretty gritty performance from Brad Keller. Now to turn it over to the worst bullpen in the American League.

Keller allowed five hits and four runs to the mighty Astros over 5.2 innings, after dominating Detroit five days prior. He held the Tigers scoreless over 6 innings, while striking out five.

The Kansas City Royals front office are a disgrace to Baseball pic.twitter.com/n4mJcJrTlL

The Tigers looked like they may be turning a corner after a season long six-game winning streak last week, but they came crashing back down to earth on the weekend. Detroit scored just two runs total over Saturday and Sunday, losing by a combined score of 12-2 to the White Sox. They managed only 11 hits over the two days and were 0-for-5 with runners in scoring position.

Detroit and KC have played six times already this season with only one of those meetings exceeding seven runs. Low scoring games between these two division rivals have been commonplace dating back to last season, as 10 of their past 12 matchups have failed to clear seven runs.

Detroit has been an under bettor’s best friend all season, while the Royals have been trending in that direction lately as well.

KC meanwhile, has seen 16 of 25 games fail to eclipse the total, while the under is 19-13-2 in their divisional matchups this season.

Offense will be at a premium on Monday, so play under 9.5 and do so quickly. The juice is already shaded to that side and this number could be even lower by game time.