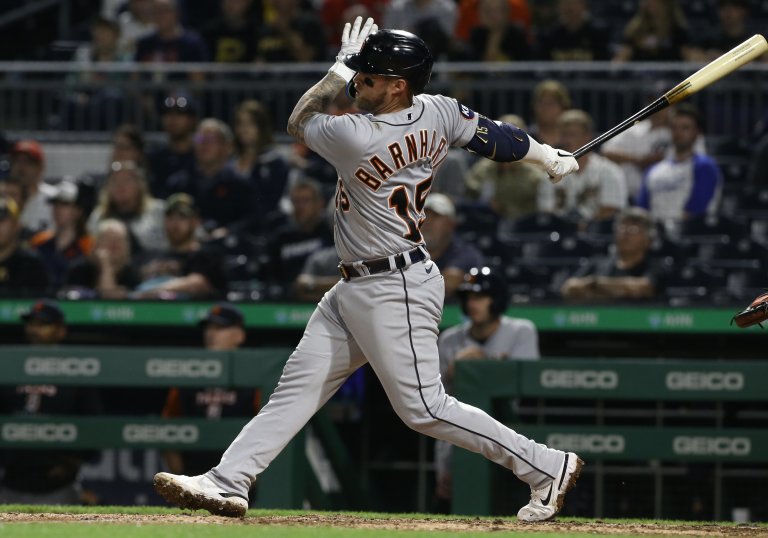 The Pirates are -115 home favorites over the Tigers on Wednesday
Rookie Alex Faedo (1-2, 3.09) will pitch for Detroit against Mitch Keller (2-5, 5.77)
A look at the Tigers vs Pirates odds and matchup can be found below with a prediction

The Detroit Tigers will try to sweep a two-game interleague series from the host Pittsburgh Pirates at 12:35 p.m. ET Wednesday at PNC Park.

Odds as of June 7th at BetMGM.

The Pirates are -115 favorites, giving them an implied win probability of 53.49%.

Both teams are longshots in the World Series odds with the Tigers listed at +70000 and the Pirates at +100000. Thus, it seems unlikely there will be a rematch of the 1909 Fall Classic this year.

The weather forecast calls for a nice day in Pittsburgh with an expected high of 80 degrees, partly sunny skies, and light wind.

Rookie Alex Faedo (1-2, 3.09) is scheduled to start for the Tigers against Mitch Keller (2-5, 5.77). Faedo will be pitching on five days of rest and Keller will have a full week off since his last start.

Faedo is coming off a no-decision last Thursday against the Minnesota Twins in Detroit. He gave up two runs and five hits in five innings with five strikeouts and two walks.

The Pirates were the opponent in Faedo’s first major league start May 4 at Comerica Park in the second game of a doubleheader. He went five innings, surrendered two runs, and did not get a decision.

Alex Faedo is the first Major League pitcher since 2013 to start his career with six games of at least 5.0 innings and no more than two runs.

Moved back into the rotation following two relief appearances, Keller beat the Los Angeles Dodgers on the road May 31 in his last outing despite issuing five walks in five innings. He was charged with two runs on two hits and struck out five.

Tarik Skubal allowed three runs in seven innings to lead the Tigers to victory over the Pirates on Tuesday night.

Willi Castro, Javier Baez and Tucker Barnhart had two hits each, including a double. Spencer Torkelson, with +2500 AL Rookie of the Year odds, had an RBI double, and Harold Castro hit a two-run single in a three-run fourth inning to put the Tigers ahead 4-1.

The Tigers placed third baseman Jeimer Candelario on the 10-day injured list before the game with a left shoulder subluxation and right fielder Austin Meadows was activated from the IL.

Meadows went 0 for 4 with two strikeouts in his first game since May 16. He had been sidelined with vertigo.

Pirates rookie Cal Mitchell had two hits. One was a two-run home run.

The Pirates put left-handed reliever Dillon Peters on the 15-day IL with a low back strain.

The Tigers have taken two of three from the Pirates this year and the season series ends Wednesday.

Keller has pitched better lately but has been so inconsistent in his career that it’s hard to back him against Faedo, who has made a smooth transition to the big leagues.