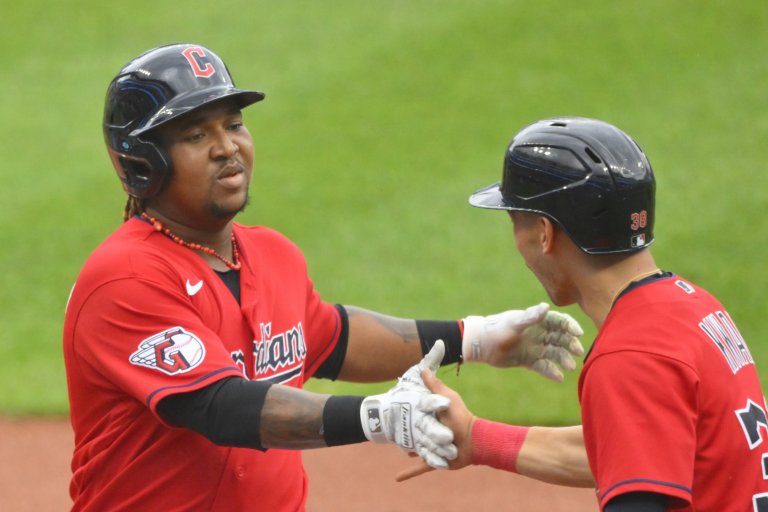 Earlier this month the Detroit Tigers swept the Cleveland Guardians in a four-game set at home. Now, less than two weeks later, Cleveland is on the verge of doing the same thing to its division rival.

The Guardians have taken three straight from the Tigers at home this weekend, and can complete the sweep on Sunday, in the final game for both teams before the All-Star break.

Cleveland opened up as a -220 moneyline favorite, in a game with a total of 8 at -106. First pitch is scheduled for 1:40 pm ET at Progressive Field in Cleveland, Ohio, with clouds and 81-degree game-time temperatures in the forecast.

The Guardians, who enter as a 150-1 longshot in the World Series odds, will give the ball to Shane Bieber. The 27-year-old is fresh off his best start of the season, where he completely neutralized the White Sox. Bieber threw a complete game three-hitter, striking out seven while yielding just one run.

It was a far cry from his previous outing, when these same Detroit bats touched him up for five runs over 5.2 innings. Before we hit the panic button, two things need to be noted. First, the Tigers lineup is in a serious funk as we’ll discuss later. Second, Bieber pitched phenomenally in his first two starts versus Detroit earlier this year.

The Tigers, who have seen their MLB divisional odds crater all the way to +50000, will throw a bullpen game. Tyler Alexander will act as the opener, after last throwing on Thursday against the Guardians. He surrendered a run and two hits in his lone inning, including a homer, and comes in with a 4.45 season-long ERA.

In the final game before the break probably everyone except Angel De Jesus (38 pitches today) will be available out of the pen.

He’s made four starts so far this season, lasting 5.1 innings in his longest outing of the season.

This series has been completely one-sided through three games. Cleveland has outscored Detroit 20-5, shutting them out twice. They took Saturday’s matchup 10-0, fuelled by the bat of AL MVP odds contender Jose Ramirez.

Jose Ramirez is ready for the HR Derby 💪 pic.twitter.com/Yrk7TL79c8

The four-time All-Star cranked two homers and drove in five runs, giving him an AL-best 75 RBI this season. Cleveland got 6 shutout innings from starter Cal Quantrill, and three more quality innings from its relievers. The Guardians bullpen hasn’t allowed a run in 9.1 innings of work so far this series, surrendering only three hits.

Detroit’s struggles this week have been a continuation of the last 10 days. They’ve dropped eight of nine overall, failing to score a run in three of those outings.

Cleveland’s bats meanwhile, have posted an impressive slash line of .295/.368/.421 over the past seven days. They’ve won six of nine overall, averaging 5.2 runs per game.

With Bieber on the mound for Cleveland, expect the Tiger bats to struggle once again. Guardians hitters are batting .342 lifetime against Alexander in 58 at-bats, giving Cleveland backers plenty of optimism that they can start fast and bury Detroit early.