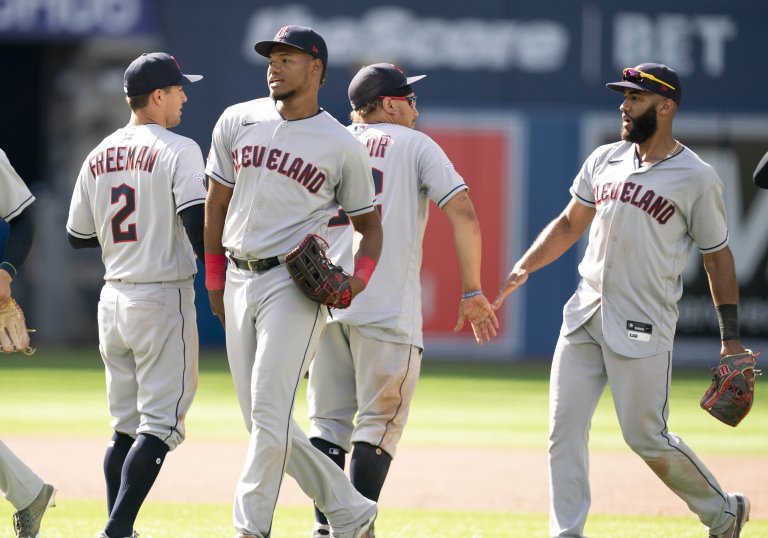 The Tigers and Guardians begin a four-game set on Monday
Detroit is looking to end a seven-game losing streak
Read on for the Tigers vs Guardians odds, preview, and betting prediction

On Monday, the Cleveland Guardians (61-53, 29-22 home) return to Progressive Field for the beginning of a four-game set with the struggling Detroit Tigers (43-73, 17-40 away), who have lost seven straight after getting swept by the White Sox. The first pitch is scheduled for 3:10 PM ET.

The MLB lineups show Detroit sending veteran Drew Hutchison to the hill for this one, while the Guardians counter with Aaron Civale.

The Guardians are a heavy -220 favorite and it’s understandable why. They’ve won six in a row against the Tigers, sweeping the last two series.

Hutchison has featured both in the rotation and out of the bullpen in 2022, making nine starts and 19 appearances overall. He’s gone 1-6 with a 4.45 ERA, but his numbers haven’t been the most productive. The 31-year-old has given up 27 walks in 60.2 innings and struck out just 38.

Here’s the wind up, the kick and the delivery and the 1st pitch of tonight’s game by Drew Hutchison is called for: Strike 1! Let’s go out there and beat these Padres tonight!!! It’s 79ﾟat Comerica Park.? #DetroitRoots pic.twitter.com/iMMRjjrogY

As a whole, Civale is in the midst of a very poor campaign. He’s compiled a 2-5 record and 6.05 ERA in 13 starts, getting hit around almost weekly. But, Civale just returned from more than a month sidelined with a wrist injury and pitched fairly well in his first game back.

Boy Aaron Civale looks great has command of that 4 seamer and that curveball really looks great and commands that cutter and 2 seamer well so far do good. #ForTheLand

It also came against Detroit, throwing four innings and allowing two runs on three hits while striking out four. He didn’t give up a single walk and did a nice job of pounding the strike zone and letting the defense go to work.

This nightmare season for the Tigers continues to get worse. At 43-73, they have one of the word records in baseball and were just swept by the White Sox over the weekend, scoring a mere seven runs in three games.

Hittin’ Harold Castro hammers one out of the park! #DetroitRoots pic.twitter.com/VkV56Gp2UH

While Detroit’s staff is nothing to write home about, it’s the offense that is atrocious, ranking dead last in runs, slugging, OPS, and home runs. Worst part? Winter acquisition Javier Baez is hitting just .224 after securing a huge bag of money. The organization even just fired long-time GM Al Avila amid this disastrous year.

Cleveland in a Tight Race

The AL Central title is still completely up for grabs, with the Twins and White Sox behind the first-place Guardians by just 2.5 games. Cleveland put themselves in a good position this weekend after taking two out of three from a very solid Blue Jays team, including a 7-2 win on Sunday.

It’s been a great eight games for the @CleGuardians.#ForTheLand pic.twitter.com/6r3pT4R8Ah

Shane Bieber was at his absolute best vs. Toronto, going seven innings and surrendering only two runs on eight hits. He’s even a +13000 longshot in the AL Cy Young odds. Offensively, the Guardians banged out 13 hits with Amed Rosario having a 3-4 day including a solo homer in the first inning.

Cleveland is 7-1 in their last eight games and full of confidence right now. Detroit is clearly on the opposite side of the spectrum. I’m liking the Guardians to continue their torrid run and win the opener on Monday afternoon.