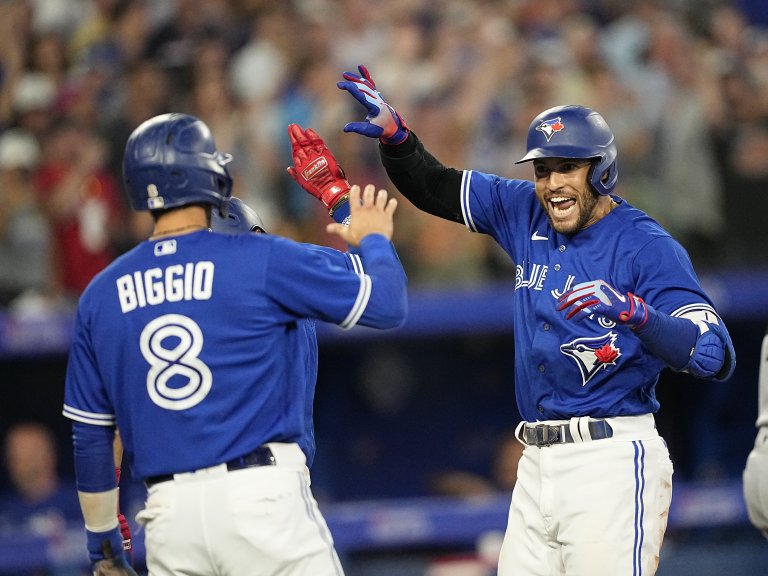 When the Blue Jays get on a roll they don’t just heat up, they get scorching hot. Toronto entered play on Wednesday night winners of seven straight, fuelled by some incredible power at the plate.

The Blue Jays will look to continue their strong start to the second half of the season on Thursday, when they host Detroit.

Odds as of July 27th at Barstool Sportsbook

Toronto is currently a -230 moneyline favorite, in a game with a total of 8.5. First pitch is scheduled for 7:07pm ET at Rogers Centre, with 81-degree game-time temperatures in the forecast.

The Blue Jays, whose recent surge has caused their World Series odds to shorten to +1200, will give the ball to Yusei Kikuchi. The 31-year-old will come off the IL to make his 16th start of 2022, and so far he’s been the weak link of the Toronto rotation.

#Bluejays note: Yusei Kikuchi just walked the leadoff man on four pitches here in Buffalo. The first pitch was like 2 feet high. You gotta be kidding me. This guy pretty much was a key reason Montoyo got fired. #Bisons

Last time out he issued five walks and gave up four runs in 2.1 innings to the lowly A’s, who are the only team with a lower OPS than the Tigers.

The Tigers will counter with reliever Tyler Alexander. The lefty has been used as an opener four times already this season, and has posted back-to-back impressive months after a rough start to the season.

Nothing can better sum up the Tigers’ injury situation than their probable starters for the Toronto series:

Imagine if you saw *that* at the beginning of the year. Woof.

He’s yet to exceed 3.2 innings since his opening appearance of the season which means Toronto will get a heavy dose of the Detroit bullpen.

It hasn’t mattered who’s been on the mound lately against the Blue Jays. After scoring a franchise-record 28 runs last Friday, the team has crossed the plate 22 more times in its last three outings.

They trail only the Yankees in slugging percentage and are fresh off cranking three homers versus the Cards. AL MVP odds contender Vladimir Guerrero Jr. went deep for the 21st time, while George Springer hit the team’s MLB-leading fifth grand slam of the season.

Detroit, meanwhile, has shown life at the plate after an incredibly cold stretch. They took two of three games earlier this week from San Diego, scoring 20 times in the process. That comes after crossing the plate only five times in their previous four games.

Still, they remain the league’s lowest-scoring team and on paper a favorable matchup for Kikuchi. The Tigers also rank last in slugging, and bottom-two in OBP and OPS. In three games versus Toronto this season, they’ve scored just four times.

Nobody should want to face Toronto right now, especially at home. The Blue Jays boast a .277/.343/.466 slash line at home in 2022, and have scored 41 runs in their last seven games at Rogers Centre.

They have a +47 run differential during their seven-game winning streak and have outscored the Tigers 17-4 this season.

Kikuchi may be Toronto’s least trustworthy arm, but he won’t find a more favorable matchup than versus baseball’s worst hitting team.