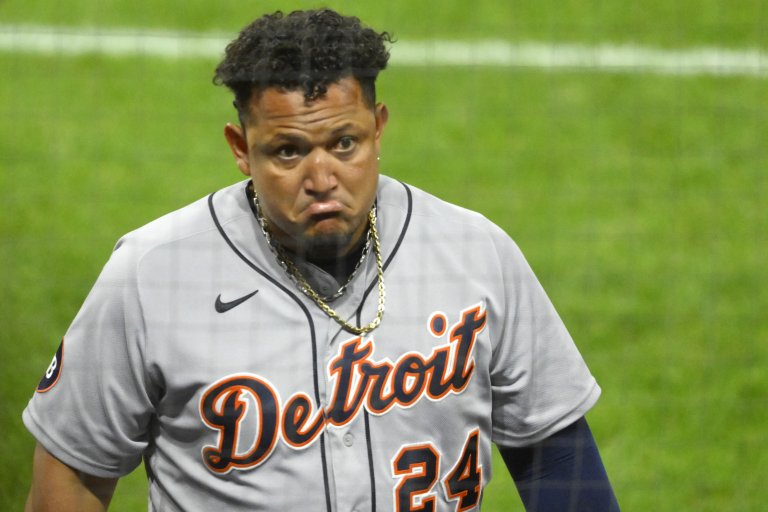 Thank goodness there’s sports betting. Otherwise, what possible reason could anyone have to sit through the Detroit Tigers and Oakland A’s doubleheader on Thursday? We can say with a high degree of probability that those sweating this matinee won’t be doing so at the stadium, as the A’s have by far the worst attendance in MLB.

These two teams combined to post a 69-116 record in the first half of the season, and own the two worst run differentials in the American League.

But somebody has to be favored in Game 1, and that honor goes to the visiting Tigers

Odds as of July 20th at Barstool Sportsbook.

Detroit opened up as a -130 moneyline favorite, in a game with a total of 7.5. First pitch is scheduled for 3:37 pm ET at the Oakland Coliseum in Oakland, California, with sunshine and 70-degree game-time temperatures in the forecast.

The Tigers, who enter as a 1000-1 longshot in the World Series odds,  will give the ball to Tyler Skubal. The southpaw got off to a strong start to the season yielding zero runs in six of his first 10 starts, but lately the results haven’t been so favorable.

Most starts w/ 0 earned runs allowed (all of MLB)

He’s fresh off allowing eight hits and five runs to the lowly KC Royals last time out. That marked the second time in 10 days he coughed up that many runs to KC, who are the AL’s third lowest scoring team. The lowest and second lowest just happen to be Oakland and Detroit.

If there’s a silver lining it’s that Skubal was dominant in his only appearance against the A’s this season. He shut them out over 7 innings back in May, scattering just three hits while striking out five.

Oakland, who have seen their MLB divisional odds crater all the way to +100000, will turn to Zach Logue. The rookie has had an up and down rookie season, but pitched very well last time out versus Houston.

Logue held the mighty Astros to two runs and three hits over 5 innings, while striking out two. He picked up the victory for his efforts which snapped a personal three-game losing streak.

Pitching match-ups for the doubleheader with the Tigers on Thursday:

Like Skubal, he was excellent in his only start against Thursday’s opponent. He shut out the Tigers over 7 innings two months ago, scattering five hits and striking out six.

Logue is catching Detroit at precisely the right time as their lineup was in the midst of a serious funk before the All-Star break. They were outscored 20-5 during a three-game sweep at the hands of Cleveland over the weekend, and have dropped eight of nine overall.

Detroit may be the lowest scoring team in baseball, but Oakland has the dubious distinction of owning MLB’s worst average. The A’s are hitting just .211 this season, and also own the league’s worst slugging percentage and OPS.

Only one Oakland batter (Seth Brown) has reached double-digit home runs, and no one on the roster has more than 38 RBI. For reference, Pete Alonso who leads MLB in runs batted in has already produced 78 RBI.

With two egregious lineups set to do battle on Thursday afternoon, offensive expectations should be held in check. 58% of Oakland’s home games have gone under the total this season, which makes sense since the Oakland Coliseum grades out as baseball’s least friendly park for hitters.

Not to be outdone, Detroit saw 63% of its road games stay under the total in the first half of the season. Three of the Tigers and A’s first five matchups have gone under the total this year, including both that took place in Oakland.