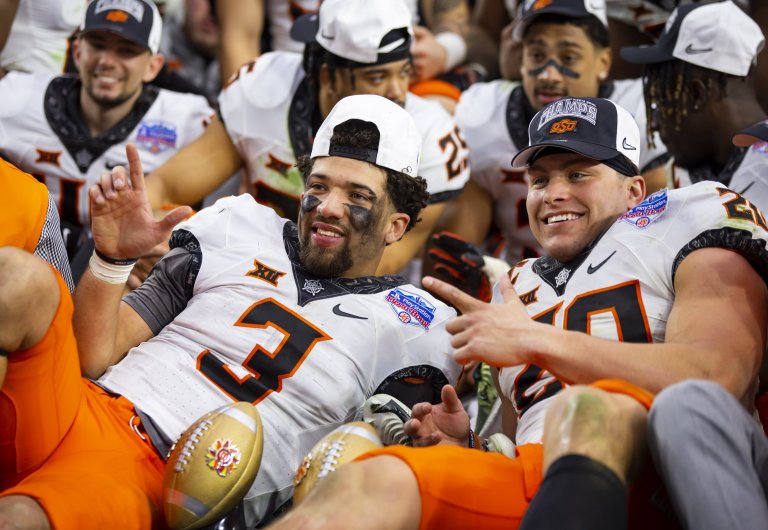 Alabama, Ohio State and Georgia were ranked 1-2-3 in the preseason AP Top 25
There are several underdogs with value to win their conference this season
Read below for 2022 conference title odds and predictions of potential upset winners

No surprise here — Alabama, Ohio State and defending NCAA champion Georgia were ranked 1-2-3 in the preseason AP Top 25. Clemson, Notre Dame and a third SEC team, Texas A&M, round out the top six.

Alabama, Ohio State and Clemson are listed as the teams to beat in the current college football conference title odds, but that does not always translate. Just last season, Michigan took down Ohio State, Wake Forest and Pittsburgh were the surprise ACC division winners, and Utah State shocked the Mountain West.

Given the upset potential in college football, here’s a look at three underdogs who could win their conference in 2022.

All odds as of August 16th at Barstool Sportsbook.

Clemson is once again the odds-on favorite to win the ACC, although there is much less wiggle room at the top than there was during the Tigers’ recent dominance that began in 2016 — six straight ACC division titles, four appearances in the CFP championship game and titles in 2015, 2016 and 2018.

After looking sharp as a fill-in in 2020, quarterback DJ Uiagalelei struggled as the full-time replacement for NFL No. 1 draft pick Trevor Lawrence, forcing Clemson to win with defense a year ago — it was No. 8 in the FBS in total defense and No. 100 in total offense.

???? QB in ACC history to hit the 35 TD-5 INT threshold in a season ♨️ @PackFootball pic.twitter.com/42bcwiFVqt

Uiagalelei had the lowest passer rating in the ACC a year ago, with 10 interceptions against nine touchdowns, although he is still listed in the Heisman Trophy odds. Top running back Will Shipley and the stout defense need help. In a year of change, the Tigers lost both defensive coach Brent Venables (head coach, Oklahoma) and offensive coordinator Tony Elliott (head coach, Virginia) in the offseason.

North Carolina State went through Clemson last year in a 27-21 double-overtime victory over the Tigers in the Textile Bowl, which means Clemson will be aching for the rematch in Death Valley on Oct. 1. Efficient Wolf Pack quarterback Devin Leary punctured the Tigers with four of his school-record 35 TD passes a year ago, and the gap between the programs is not as great as the odds make it seem.

Oklahoma State returns arguably the best quarterback in the Big 12 in senior Spencer Sanders, who goes hot and cold. Sanders threw four picks in the Big 12 title game loss to Baylor that kept them out of the CFP Final Four but followed that with 371 yards and four touchdowns in the Cowboys’ 37-35 victory over Notre Dame in the Fiesta Bowl as the Cowboys overcame a 28-7 deficit.

Arch-rival Oklahoma lost coach Lincoln Riley and quarterback Caleb Williams to USC in the offseason, and the Sooners will transition under new coach and long-time Clemson defensive coordinator Brent Venables and transfer Dillon Gabriel, a net loss. The Cowboys will miss defensive coordinator Jim Knowles, who went to Ohio State, but they’ve recruited well on that side of the ball.

Texas returns Heisman candidate running back Bijan Robinson, but Steve Sarkisian has yet to find his groove, enduring an embarrassing six-game losing streak in his first season in Austin. Baylor is without a proven quarterback, while Iowa State lost Breece Hall and Brock Purdy. OK State is the Big 12 team you can trust and offers great value as conference underdogs at +550.

Aggies Are Threat to Dethrone Alabama

Remember when Nick made Jimbo mad last spring, accusing A&M of “buying” their players in reference to the Aggies’ proliferation of NIL deals? No one will forget that when the Aggies visit Tuscaloosa on Oct. 8, a day short of the one-year anniversary of A&M’s rousing 41-35 victory in College Station. The game matches the West’s two contenders and two of the top five teams in the national championship odds.

The Aggies do not have Bryce Young, but they do have a running back capable of doing damage in Devon Achane and transfer quarterback Max Johnson, who left LSU after a big 2021 season. A&M misses East toughies Georgia, Kentucky and Tennessee, and if it can avoid the upsets that plagued them a year ago while getting steady play from Johnson, it will all come down to Oct. 8.

There’s value with this Texas A&M team in the SEC Title odds because most people believe it’s a two-horse race between Alabama and Georgia. This Aggies team is loaded with talent and lands a very favorable schedule in 2022. Given A&M’s price tag in the conference title odds, the value is too good to pass up. A $100 bet on this A&M underdog team would payout $1700 if it cashes.