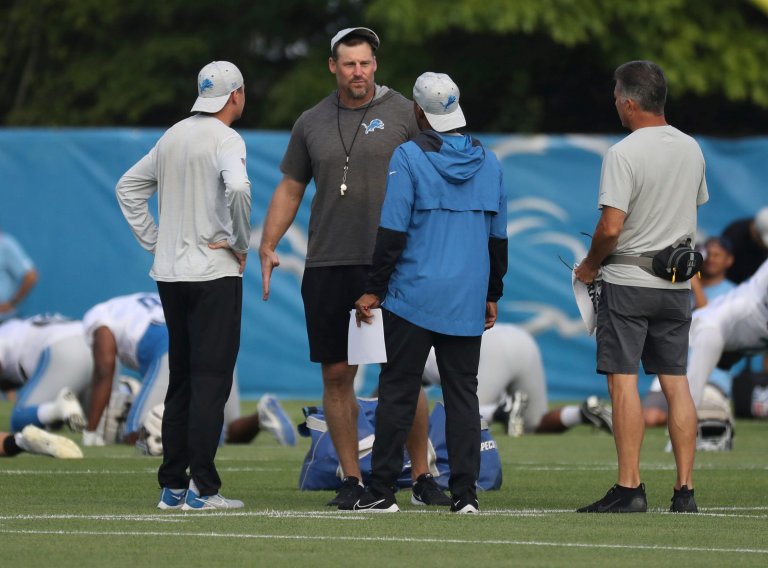 According to one betting trend connected to the ATS NFL Power Rankings, there’s a scenario in which the Detroit Lions reach the Super Bowl this season
The Lions have never played in a Super Bowl game
Detroit has won one playoff game since capturing the 1957 NFL Championship

The Detroit Lions may be Super Bowl bound this season. No, really. It could happen.

Remember that old saying about how there are lies, damn lies and statistics? Well, in this case, perhaps substitute trends for statistics.

According to a betting trend associated with SBD’s against the spread NFL Power Rankings, there is a scenario that could play out this season that ends up with the Lions finding themselves in the Super Bowl.

The SBD ATS NFL power rankings differ from traditional power rankings. They factor into the calculation both SBD Editor-in-Chief Matt McEwan’s NFL strength of schedule calculations, in combination with the +/- of the team’s total betting odds from the opening lines of every game for the 2022 season. This system is rooted in numbers and data and eliminates the element of pure speculation.

Okay, here’s the deal, the scenario in which the Lions find themselves playing for the Lombardi Trophy in Super Bowl 57.

The ATS NFL Power Rankings show the Buffalo Bills earning the top spot with a -85 total. That’s the lowest number to lead the rankings since 2016. This emphasizes how much parity is in existence in the NFL heading into the 2022 season.

In 2016, it was the Green Bay Packers topping the charts of the ATS NFL Power Rankings with a rating of 77. That season, the Atlanta Falcons, situated 25th overall in the rankings, reached the Super Bowl game.

This season, it’s the Lions at +49 who rate 25th in the ATS NFL Power Rankings. So there you go. Start making those Super Bowl plans, Lions fans.

In the Super Bowl era, the Lions have played in one NFC Championship Game. Detroit lost 41-10 to Washington in the 1991-92 season. That was also the only year since 1957 in which the club won an NFL playoff game.

That’s right. Detroit’s last NFL title came during the Eisenhower Administration. Then again, if you’re a fan of the Honolulu Blue and Silver, you already knew that.

Super Bowl Participants Often Come from Off the Pace

There are other trends that can perhaps reinforce this hopeful thought among Lions fans that Detroit could finally end the drought and play in a Super Bowl game.

It’s about to be fun.

The Lions do have an intriguing head coach in Dan Campbell. He speaks in clever catchphrases, which as New England Patriots coach Bill Belichick has proven over two decades, is a vital component of NFL success. Detroit does have a QB in Jared Goff who’s led a team (the Los Angeles Rams) to the Super Bowl.

In actuality, the Lions look to be somewhat dangerous at the offensive skill positions. It’s their defense that tends to strike more fear in the team’s fan base than the opposing offense.

In closing, to paraphrase the immortal words of Lloyd Christmas, what all this is saying is there’s a chance for the Lions. Then again, if your NFL betting strategies are built around the success of Detroit’s team, you might want to step back and reassess.