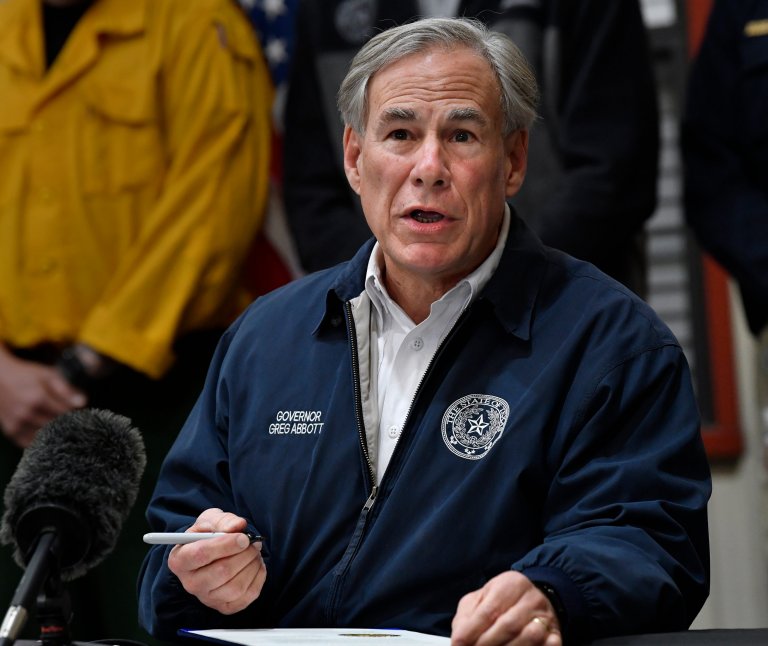 Gov. Greg Abbott speaks during a press conference in the Eastland Fire Department before signing an emergency declaration Friday March 18, 2022. Fire driven by high winds swept through Eastland County Thursday, destroying houses and buildings and claiming the life of Barbara Fenley, a sergeant with the Eastland County Sheriff’s Office.

Beto O’Rourke always puts on a good show but the expectations remain that Greg Abbott will be showing him the door in the race to be Governor of Texas.

Oddsmakers are making incumbent Republican Abbott the overwhelming -900 odds-on chalk to maintain residence in the Texas Governor’s mansion when voters in the Lone Star State go to the polls on November 8.

In 2018, O’Rourke ran for a Texas seat in the US Senate but was defeated by incumbent Ted Cruz. Beto is also listing at longshot odds of +7467 to win the Democratic nomination in the 2024 US Presidential election odds.

Odds from William Hill as of July 6th.

Abbott has held forth as Governor of Texas since 2015. He followed another Republican, Rick Perry. Perry served as Governor of the state for a record 14 years from 2000-14.

Prior to Perry, George W Bush, who’d go on to win two terms as US President, served as Texas Governor from 1995-2000. In fact, other than the four-year reign of Anne Richards from 1990-94, Republicans have held the Texas Governor’s chair continually since 1987.

Polling is currently showing Abbott with an unfavorability rating of 44%. That’s the highest it’s ever been. Abbott’s continued support of the NRA following the Uvalde, Texas school shooting that claimed 21 lives and the Texas plan to ban abortion are working against Abbott. He’s running a campaign based on the economy and border issues.

One huge advantage Abbott holds over O’Rourke is in terms of campaign financing. He can draw upon coffers filled with some $50 million. By comparison, O’Rourke is reported to have access to just $7 million in campaign funds.

O’Rourke Making A Run At It

If the polls can be believed – and recent elections have displayed the unreliability of pollsters – then O’Rourke is in this race with a fighting chance.

According to Quinnipiac University polling, O’Rourke has whittled Abbott’s lead from 15 points down to 5 points. Meanwhile, polling conducted by the Texas Politics Project at the University of Texas at Austin is showing Abbott with a 6-point lead over O’Rourke.

Greg Abbott still opposes them. Let’s vote him out and save lives.

These numbers carry some historical significance. The margin is a smaller difference than when Republican Bush defeated Democrat Richards by 7.6 points in 1994.

In the 2018 election for Texas Senator, O’Rourke lost by 2.6% (50.9-48.3) to incumbent Republican Ted Cruz. That worked out to a margin of 219,000 votes. Data showed that Cruz carried the rural areas, while O’Rourke drew strong support from urban centers such as San Antonio, Houston and Dallas/Fort Worth.

O’Rourke comes off looking like a more polished Bernie Sanders. He knows how to push people’s buttons. He’s able to generate a grounsdwell of support and can fire up a crowd into a frenzy.

However, just like Bernie, Beto hasn’t yet figured out how to carry the ball across the goal line and on to victory. When push comes to shove, they haven’t proven capable of finishing the job.

It was evident in the Senate election loss to Cruz, just as it was apparent in the Presidential election odds when O’Rourke made a run at the Oval Office in 2020.

The Texas Governor’s race is Abbott’s to lose and it would appear he’s trying hard to lose it. But he’s still got the most important element required to get elected in Texas – that giant R next to his name.