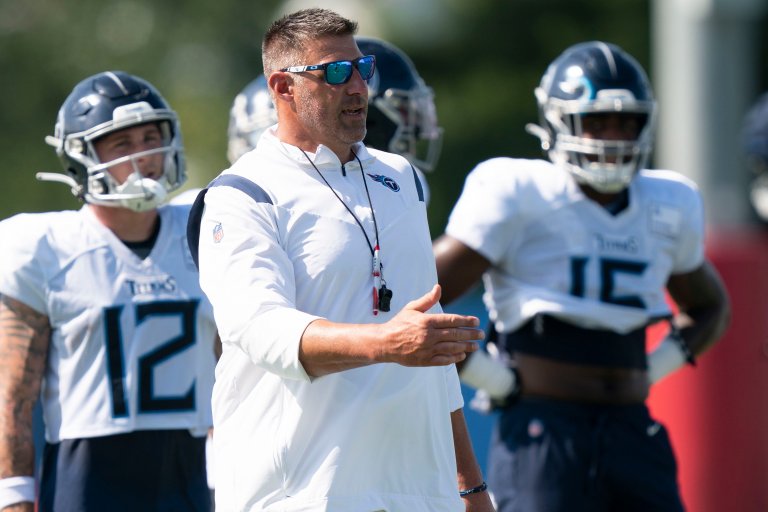 The Baltimore Ravens are 3.5-point home favorites over the Tennessee Titans in an NFL preseason game scheduled for Thursday, August 11
Tennessee is 4-0 straight up and against the spread over the club’s past four road preseason games
Baltimore has won 20 consecutive preseason games, an NFL record, heading into this Titans vs Ravens preseason game

Something has to give as the Baltimore Ravens play host to the Tennessee Titans in an NFL preseason game on Thursday.

The Ravens are an NFL powerhouse in preseason play. Going back to 2015, Baltimore has won 20 consecutive exhibition games.

However, of late, the Titans are proving to be preseason road warriors. Tennessee is 4-0 straight up and against the spread over the club’s past four away exhibition games.

Oddsmakers are going with the bigger of these two trends. It’s the Ravens who are set as 3.5-point home favorites in this game. In the Titans vs Ravens stats, Baltimore is 4-1 against the spread over the club’s past five home preseason games.

The kickoff for this game at M&T Bank Stadium is set for 7:30 pm ET on Thursday, August 11. The weather forecast is predicting clouds, 6 mph wind and a temperature of 89 degrees. The broadcast of the game can be streamed on NFL+ subscription service.

At odds of -186, the Ravens are offering an implied probability of victory of 65.03% in the NFL betting line. A successful $10 wager on Baltimore would deliver a payout of $15.40.

In the NFL betting trends, it’s the Ravens and the under drawing the larger proportion of the action. The public is backing Baltimore with 60% of spread bets and moneyline wagers. There’s 57% of the action on the total supporting under 31.5 points.

This will be the first-ever preseason meeting between Tennessee and Baltimore. In fact, the last two Ravens vs Titans games took place during the NFL postseason.

Two newcomers to the Ravens have been limited in practice this week. Both wide receiver James Proche II and cornerback Jalyn Armour-Davis were dealing with undisclosed ailments. It’s unclear whether either will be playing in Thursday’s game.

Running back JK Dobbins was activated from the physically unable to perform list and returned to practice this week. He tore his ACL in the third preseason game last year and didn’t play all year long. He won’t be in action for Thursday’s contest.

Tennessee made some moves this week to strengthen the club’s depth in the secondary. Added to the roster were safeties Adrian Colbert and Elijah Benton.

?Wardrobe check ?: The @Titans will be decked out in white jerseys with light blue britches in Thursday night’s preseason opener vs the @Ravens. ? #BritchesReport pic.twitter.com/bIMttv6dFc

To make room for them, Tennessee was releasing defensive backs Kenneth George and Michael Griffin II.

Titans head coach Mike Vrabel confirmed that running back Derrick Henry won’t be in the Tennessee lineup on Thursday.

When it comes to preseason football, the Ravens are the champions. Baltimore’s last preseason loss was seven years ago. The 20 straight wins by the Ravens shattered the previous NFL mark of 19 established by the Green Bay Packers from 1957-62.

The Ravens have won 20 straight preseason games, an NFL record. #Titans have a chance to end that streak on Thursday. Big stakes for a meaningless preseason game (@DanHanzus)

Baltimore is 34-15 all-time in preseason home games. The Ravens have won 19 of the last 22 contests at M&T Bank Stadium.