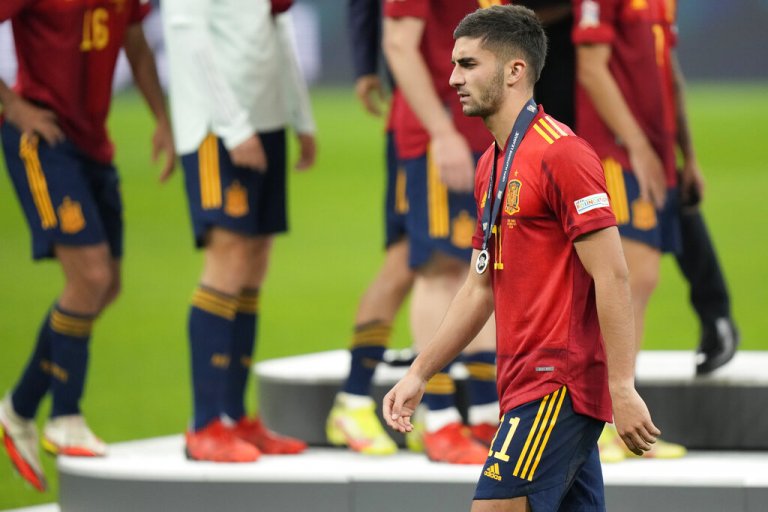 The Swiss have made a disappointing start to the new Nations League with two defeats in two games, including a crushing 4-0 defeat away in Portugal at the weekend, while Spain too has made a slow start with just two draws so far.

We preview Switzerland vs Spain and offer below some analysis and picks for this UEFA Nations League clash.

Odds as of  June 7 at Caesars Sportsbook.

If you’re new to this sport and want to know how to bet on soccer then our page offers help on how to bet on this game and other Nations League games.

Two defeats in two games have been far from an ideal start to Switzerland’s Nations League campaign, with the 4-0 defeat in Portugal at the weekend being particularly damaging.  Even at this relatively early stage, the Swiss face an uphill struggle to avoid finishing bottom and being relegated from Group A.

The heavy defeat in Lisbon by a Cristiano Ronaldo inspired Portugal followed on from an equally disappointing 2-1 defeat on Matchday 1 by the Czech Republic, which made it three defeats and a draw in their last four matches for Murat Yakin’s side.

On a more positive note, Switzerland comes into this game off the back of an impressive 11-game unbeaten run on their home patch but on the flip side their last win in the Nations League was back in November 2020, when they were awarded a walkover against Ukraine who was unable to field a team due to a COVID-19 outbreak in their camp.

While Spain’s start to this Nations League group has been underwhelming by their high standards, they still remain unbeaten after drawing with Portugal (h) and the Czech Republic (a).

Against the Portuguese, they were on course for the win until conceding an 82nd-minute equalizer, but in Prague they had to rely on a 90th-minute leveler themselves from Iñigo Martínez in order to return home with a point.

Despite their slow start to this particular campaign, Luis Enrique’s men are unbeaten in their last six games in all competitions, and not since October 2020 have they failed to score a goal in an away game.

These two have met 23 times, with Spain holding the upper hand with no less than 17 wins and Switzerland managing just five  The last time they met – last July in the quarterfinal of the European Championships – the game ended 1-1 after 120 minutes but Spain progressed to the semifinals after a 3-1 win in a penalty shootout.

Despite being without a Nations League win, Spain’s form has been good and that first victory is not far away. Against a Swiss side that is struggling it looks highly likely it will arrive on Thursday, albeit the Swiss’s home advantage and good home form will ensure this is closer than the odds suggest.

But it would take a courageous bettor to ignore the Spain win here, with a two-goal cushion offering excellent value.