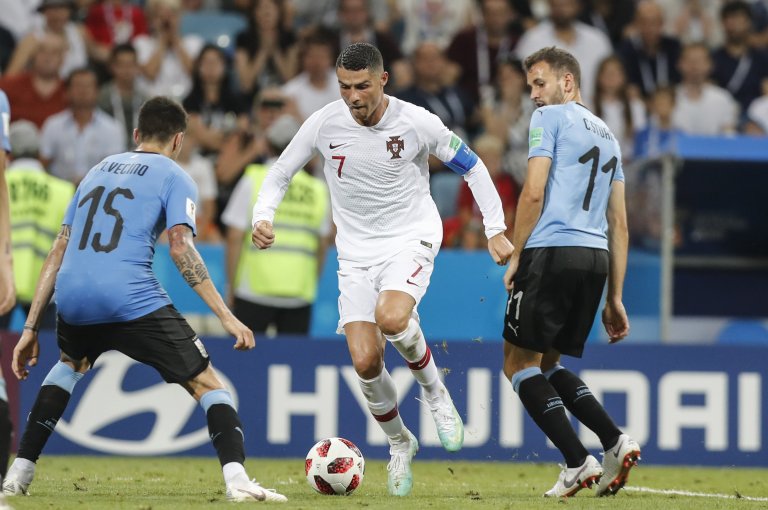 Switzerland host Portugal on Sunday in UEFA Nations League action
The visitors are a +105 favorite in this matchday 4 clash
Find the Switzerland vs Portugal odds, preview, and picks below

Switzerland will be looking for their first victory in the 2022-23 UEFA Nations League campaign on Sunday when they lock horns with Portugal on home soil. The kick-off is scheduled for 2:45 PM ET. Read on for the Switzerland vs Portugal odds.

The Swiss are at the bottom of Group A2 with a dismal 0-0-3 record thus far, while the Portuguese are in top spot, winning twice and drawing once. These two sides also met on matchday two, with the Selecao running riot on Switzerland in a 4-0 victory in Lisbon.

Odds as of June 10th at Barstool Sportsbook.

The visitors are a slim +105 favorite here and have won three in a row against their matchday four opponents. However, the Swiss aren’t exactly a huge underdog at +260 odds.

The total 2.5 goals at -103 odds for the over does have some value because each of the last two meetings hit the over.

After making an impressive run to the Euro 2020 quarterfinals where they even shocked France in the Round of 16, the Swiss continued to play quality football in World Cup Qualifying, finishing at the top of Group C above Italy. However, Switzerland’s start in the Nations League is not a good sign. Murat Yakin’s men have looked abysmal thus far, scoring just one goal in three games and conceding seven.

They’ve lost to the Czech Republic, Portugal, and most recently Spain, the same side who eliminated them last summer in the European Championships. Although the Swiss managed to keep the Spaniards at bay on Thursday, they also showed zero promise in the final third, registering just one shot on target.

Another defeat here will essentially put their chances of progressing to the Nations League Finals to bed, although it was always considered a longshot Switzerland would come out of such a tough group.

Portugal on the other hand is in fine form at the moment. They’re currently enjoying a five-game unbeaten run and have tasted defeat just once in 12 matches. Fernando Santos’s side was forced to clinch their spot in Qatar via a play-off, losing to Serbia and then comfortably taking care of North Macedonia. Their World Cup odds also sit at +1200 ahead of the iconic competition.

In this Nations League campaign thus far, the Portuguese are fully proving their worth. Cristiano Ronaldo and Co. are flying high, netting seven times and allowing just one goal in their own net. Cristiano scored a brace of his own in the matchday two victory against the Swiss as well.

It was Joao Cancelo and Goncalo Guedes who produced the goods in Thursday’s 2-0 win over the Czechs, both putting their team on the scoresheet with a pair of clinical first-half strikes. The backline, still anchored by Pepe, remained strong, with the visitors managing just one shot on keeper Diogo Costa.

Ronaldo picked up a yellow card on matchday three and after playing all but 62 minutes thus far, there’s a chance RB Leipzig man Andre Silva replaces him up front. However, Cristiano in the starting XI or not, I have zero doubt Portugal should be able to replicate their last performance vs. Switzerland and grab another three points.

The Swiss are in far too poor of shape and I don’t see the visitors faltering here. The moneyline is a value bet.