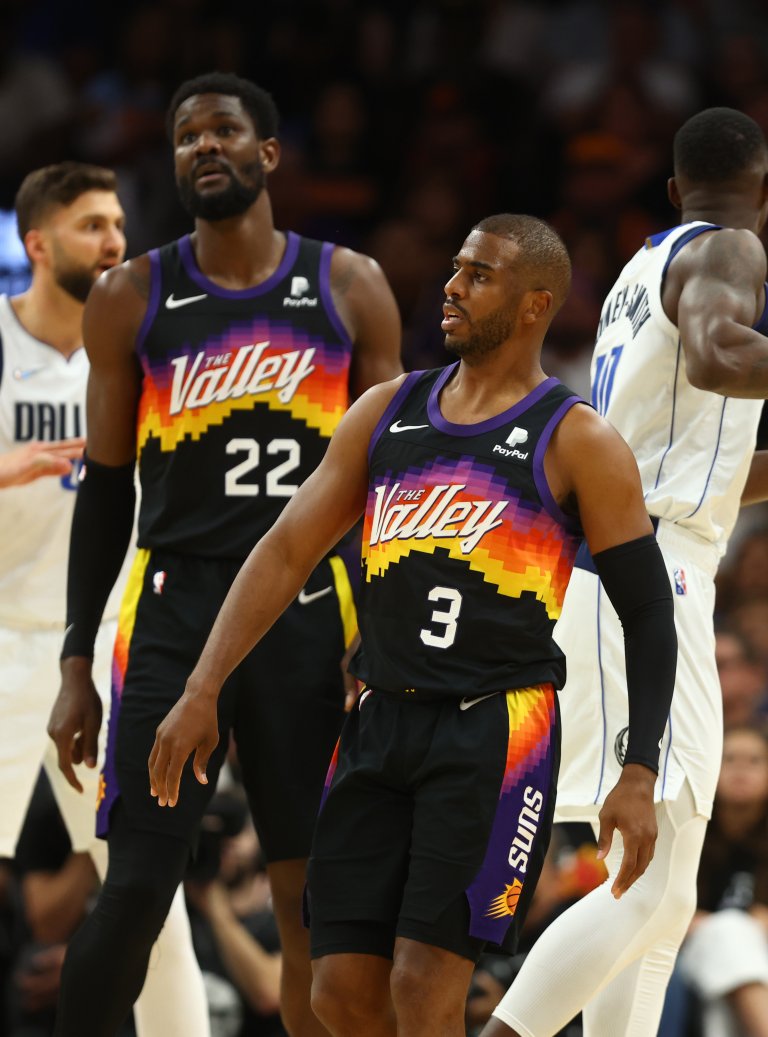 This current version of the Phoenix Suns is getting no respect in the NBA betting futures market. Phoenix’s price tag to win it all has fallen yet again, despite the fact that its league best 64-win roster from last season remains largely intact.

The primary reason for the odds shift is a new report in the Kevin Durant sweepstakes. The Suns were believed to be at the top of Durant’s trade wish list, but after signing Deandre Ayton to a max deal Phoenix doesn’t appear willing to fork over the necessary assets required to pull off a blockbuster trade.

This is especially true after what Brooklyn just turned down from Boston. The Celtics reportedly put forth a king’s ransom headlined by superstar Jaylen Brown in an effort to pry away the perennial NBA MVP odds contender from the Nets, but not even that was enough.

“Jaylen Brown, potentially, when you look at individual players who might be available to the Nets in the marketplace, he’s at the very top.”

Woj said Boston is not closer to a deal than any other interested teams for KD. pic.twitter.com/pjg8hbdtMU

Phoenix’s NBA Championship odds have gone from +450 at the height of the Durant rumors, to +750 last week and have now settled at +850

Suns Championship Odds – Not Willing to Go All-in for Durant?

In addition to Brown, the Boston package also included sharpshooter Derrick White and picks. Once Phoenix re-signed Ayton, they were never going to be able to put together a strong enough proposal to entice Brooklyn.

“It just closes some windows that the Suns were interested in pursuing to get Kevin Durant.”

Devin Booker and Chris Paul were never on the table, so a Phoenix trade package headlined by Mikal Bridges simply doesn’t move the needle.

That doesn’t mean a potential deal can’t be completed, but it’s highly unlikely. For starters, the Suns are already $48+ Million over the cap. Their owner has stated he’s happy to pay a significant luxury tax bill, but Phoenix would still need to send a ton of salary back to Brooklyn.

The Suns Big 3 make up for an overwhelming amount of their cap space, so in order to get a deal done a third team would have to get involved.

Suns Smart to Bring Back Ayton

Phoenix fans are likely bummed that Durant is no longer in their plans but they shouldn’t be. Ayton is one of the league’s premier big men and they needed to bring him back.

He gives them an elite post presence as well as top-notch rebounding. Another bonus about not pursuing Durant is that the Suns can keep together a defense that was among the best in the league last season.

PHOENIX! I grew up here, got drafted here, had my son here. We have the best fans in the world.

I’m ready to get back to work with my brothers. ? pic.twitter.com/KlCSui0M6z

Not only is Ayton a fantastic rim protector but Bridges is arguably the best one on one defender in the NBA. He guards the opposing team’s best player every night and hasn’t missed a game since he entered the league.

The duo compliment the offensive prowess of Booker and Paul beautifully and together help make Phoenix a complete team. Sure, having Durant would be nice, but not if it meant losing Ayton, Bridges and likely depth guard Cam Payne in addition to picks.

Let’s not forget the Suns finished first in NET rating last season, third in defensive rating and fifth in offensive rating. They won the most games in the league, breezing through the much more difficult Western Conference. If there was ever a team that should run it back, it’s them.

I could watch Devin Booker put the ball in the hoop all day long.

This is art in its finest form.pic.twitter.com/3n8awO83HP

At a price tag of nearly twice as long as the Celtics they’re a screaming value to win the title. With no disrespect to the Warriors, if Phoenix hadn’t fallen in a hard fought seven-game series to the Mavericks they would have very likely claimed the Larry O’Brien Trophy. Bet on them to seal the deal in 2022-23.