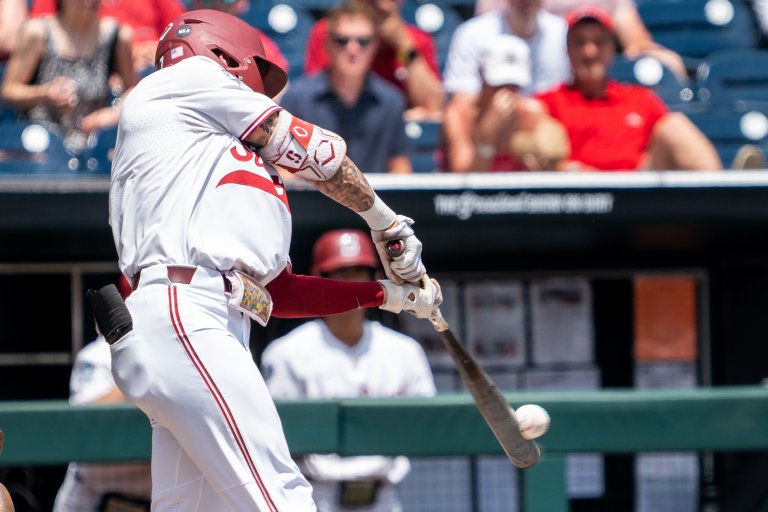 The Stanford Cardinal are -125 favorites over the Auburn Tigers in a College World Series game at Omaha slated for Monday, June 20
Both schools dropped into the losers bracket following opening-game losses
All of the Stanford vs Auburn odds, picks, best bets and predictions are assessed in the story below

The Stanford Cardinal (46-17) and Auburn Tigers (42-21) each came into the College World Series with great expectations. Now both schools find themselves in a win or go home elimination game on Monday afternoon.

In the opening round of play, Stanford, the #2 seed, was drubbed 17-2 by the Arkansas Razorbacks. Meanwhile, in an all-SEC matchup, the Ole Miss Rebels handcuffed #14 Auburn 5-1.

It’s Stanford that oddsmakers are liking to stay alive in the CWS in this game. The Cardinal are set as -125 favorites to defeat the Tigers.

The first pitch at Charles Schwab Field in Omaha is set for 2:00 pm ET on Monday, June 20. ESPN is providing the broadcast.

In the CWS betting trends, Stanford opened as the co-betting favorite in the CWS odds at +450. Auburn is the sixth betting choice, showing odds of +700.

Through the first four games of CWS action, the higher-seeded teams are 0-4 straight up. Betting favorites are 1-3 SU.

It’s freshman right-hander Ty Uber’s turn in the rotation for Stanford. He’s 4-1 with a 4.99 ERA. Uber has made 18 appearances, 10 of them starts. He often operates as an opener.

Get the ice baths ready!

Auburn figures to counter with junior right-hander Mason Burnett. He’s 3-2 with a 3.89 ERA and 1.46 WHIP this season.

Auburn dropped to 3-11 all-time in College World Series play. The Tigers haven’t won their opening game of the CWS since 1967.

Ole Miss starter Dylan DeLucia checked the bats of #14 Auburn on one run and four hits over his 7.2 innings of work. The Tigers managed just a solitary hit through the first six innings of the game. Auburn batters struck out 13 times and didn’t manage to earn a single walk.

The Rebels scored four of their five runs via two-out hits. Auburn starter Joseph Gonzalez lost for the fourth time in five starts. An RBI single by Bobby Peirce brought home Garrett Farquhar with the only run for the Tigers in the top of the seventh.

Stanford Sliced and Diced by Razorbacks

It was a top-to-bottom whipping applied to the Cardinal by Arkansas. Each of the nine Arkansas starters finished the game with multiple hits. The Razorbacks scored their 17 runs on a season-high 21 hits.

Stanford dropped to 2-2 over the past four games. The Cardinal were 21-1 in the 22 games prior to that.

That didn’t take long…@BR0CKJONES draws the Cardinal even with his 21st homer of the year!#GoStanford pic.twitter.com/dDvqSE8RP2

Senior Alex Williams (8-4) took the loss. The right-hander allowed five earned runs and eight hits in 4.1 innings of work. The only bright spot for Stanford was a solo home run by Brock Jones.

Have had our backs against the wall before. Time to bounce back big on Monday.#GoStanford pic.twitter.com/H42tGoP0ZD

Auburn has lost two of the last three games. The Tigers are 6-5 over the past 11 games.

Stanford hasn’t lost back-to-back games since March. The Cardinal are also 2-0 all-time against the Tigers. Both games took place at the 1997 CWS. Stanford beat Auburn 8-3 and 11-4.