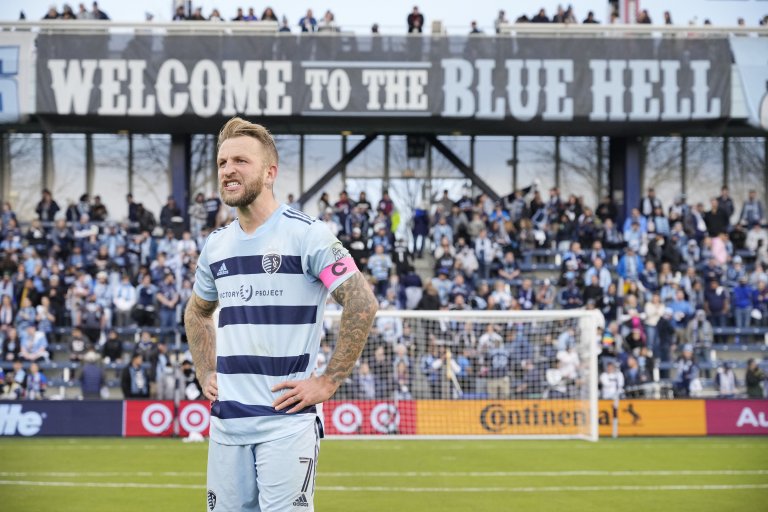 Sporting KC takes on Union Omaha in the quarterfinals of the US Open Cup on June 22nd at 8:30 pm ET
The match is being played at Children’s Mercy Park in Kansas City, Kansas
Get the Sporting KC vs Union Omaha odds, analysis, and betting prediction below

The US Open Cup is back this week, with two quarterfinals taking place on Wednesday night. Sporting KC vs Union Omaha is one of those matches and will feature one of the two remaining non-MLS sides.

Now, to be frank, most of the story Wednesday night is centered around the underdog’s majestic run in the cup so far. The Owls from Nebraska will look to become the first non-MLS team to reach the US Open Cup final since the Charleston Battery did so in 2008. Amazingly, that feat is only a few steps away.

Conversely, the hosts have had much less work to reach this point in the US Open Cup. The Wizards drew two matches at home; but, they did have to get through two higher ranked MLS opponents. Will they get stumped tonight?

Overall, the moneyline odds for this match rightfully favor Sporting KC at -240. This means that Sporting KC has a 70.59% implied win probability against the USL League One club.

However, do not shake a stick at Jay Mims’ side. In fact, Los Búhos snuck past two MLS sides to reach the quarterfinals. Better yet, they did so at Allianz Field in St. Paul and Soldier Field in Chicago. An away day does not scare Union Omaha.

Nonetheless, if you are not feeling any luck for the underdogs, the odds for both teams to score is only at -125. In their six combined US Open Cup matches, this bet along with the over on 2.5 total goals (-155) has hit roughly 83% of the time.

Despite their David vs Goliath odds, I would definitely expect Union Omaha to get on the scoreboard in this one. The Owls have scored two goals in each of their four US Open Cup appearances. Omaha absorbs pressure quite well, which allows them to release on the counter when they do win the ball.

Sporting KC vs Union Omaha Prediction for US Open Cup
Next, we can analyze Sporting KC’s approach and recent form. Only four sides in the MLS have a lower point total than they do at this stage of the season. While Union Omaha was once thinking about being their lower-league, affiliate team, they should feel as though they could get one up on their older counterparts on Wednesday.

Furthermore, Sporting KC are 2-1-2 in their last five games across all competitions. While the season has been a disappointment, you would think the US Open Cup is now the priority. All they need to do is beat a third-tier side at home before entering the semifinals of a major US trophy. Not to mention, the winner of this match gets put up against another lower-league side, Sacramento Republic, in the semifinals.

Cupset! Sacramento Republic defeats LA Galaxy 2-1. Winner of tomorrow’s match between #SportingKC and Union Omaha will face them in the semifinals.

On offense, the likes of Johnny Russell and Daniel Salloi should provide them the edge they need to win this game.

Finally, the best bet for this match is both teams to score with odds of -125. Unfortunately, I do think the road ends for Union Omaha on Wednesday. Regardless, I expect them to show out in front of 1,000 traveling fans and get the goal they so greatly deserve.