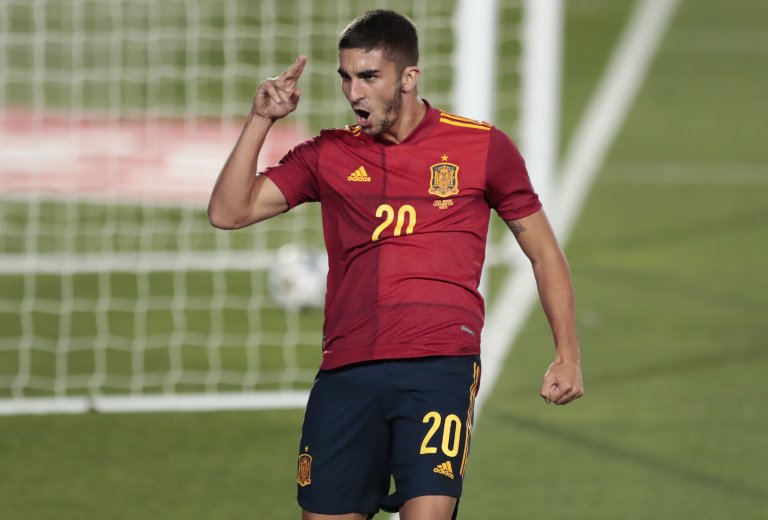 Spain plays the Czech Republic in round 4 of the UEFA Nations League on June 12th at 2:45 pm ET
The match is being played at La Rosaleda in Málaga, Spain
Get the Spain vs Czech Republic odds, analysis, and betting prediction below

The UEFA Nations League is really starting to take shape with most countries halfway through the group stage. In League A Group 2, Portugal leads the way with seven points. On Sunday, they play a distraught Switzerland team which will probably pull them to eleven points. Spain vs Czech Republic is the other match in Group 2, and Spain will need a win if they want to keep the pace.

Currently, the Spaniards sit a point back in second place due to two consecutive draws against Portugal and the Czech Republic. If this did anything for their public perception, it reaffirmed the point that they are an extremely difficult team to defeat in ninety minutes.

Obviously, first place and a Nations League Finals berth is what both of these sides want. Now, this is more realistic for Spain. But, the Czech Republic are still on four points, so you have to think they will make a final go of it on Sunday,

Odds as of June 11th at Caesars Sportsbook

Spain is listed as odds on while the Czechs are out at 9/1 for the win. If you’re new to betting on this sport, please take a look at our How to Bet Soccer pages.

All in all, the moneyline odds are heavily favoring Spain at -330. Instead, bettors might find more value in backing Spain to win the first half with odds of -121. Luis Enrique’s men have won 60% of their last ten first halves, while also only conceding once across the 450 minutes of play.

Furthermore, the over on 2.5 total goals seems to be expected given the juicy odds of -145. Conversely, the under on the same amount is at +115. In their four H2H matches, this bet is split down the middle. But, if the 2-2 reverse fixtures tell the tale, this could be another goal fest.

Finally, it is never too early to start thinking about World Cup odds. Spain has +750 odds to win football’s most glorious prize in Qatar this fall. Unfortunately, the Czech Republic did not qualify.

“I see Argentina far above the rest. Brazil too.” pic.twitter.com/fUn3Ltr9pK

Spain Will Dominate the Possession Battle
One thing you can almost guarantee in this match, is for Spain to own the possession battle. In fact, they had 79% of the ball against the Czech Republic just a week ago, and have averaged 68.3% across their last three matches.

But, what is more impressive about Spain is their ability to rotate and play virtually the same game over and over. For example, against the Czech Republic, they played a midfield trio of Gavi, Rodri and Koke. Against Switzerland on Thursday, they rotated in Busquets and Llorente in seamlessly.

As a result, expect Enrique to make those same changes for Sunday’s match. In my opinion, this gives them a massive leg up on the Czech Republic. Jaroslav Šilhavý rides the likes of Michal Sadílek and Tomáš Souček in the midfield. They are both extremely solid midfielders, without a shadow of a doubt. But, they are going into their fourth international match after a grueling club season. If they are selected, I am afraid Spain is going to run them ragged.

Looking Back to Last Week

In all fairness, the Czech Republic were quite lucky against Spain last week. Despite scoring twice, their xG for the match was only 0.59. The goals were clearly taken very nicely, including a ridiculous Kuchta chip that I personally replayed about ten times. Nonetheless, they only created four shots.

Therefore, if last week tells us anything, it should be to not expect the same thing twice.

Overall, the best bet for this match is the Spain first half moneyline with odds of -121. This bet has really good value given how good Spain generally are in the first half.