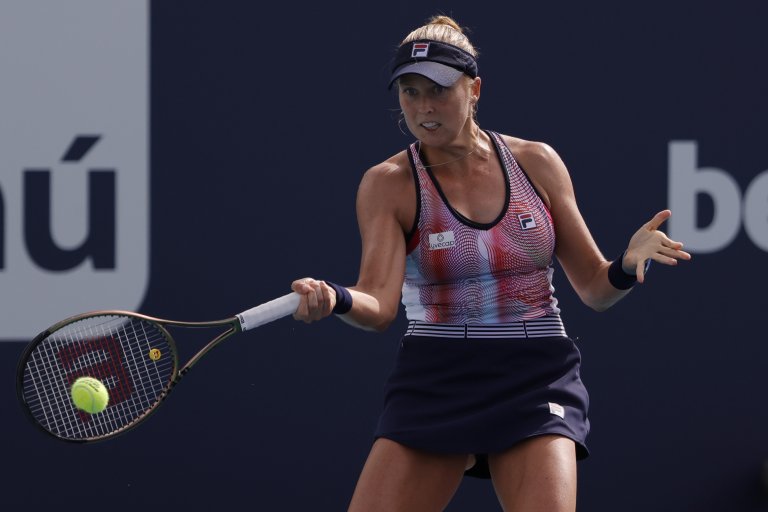 The finals of the WTA Silicon Valley Classic will take place later today
This is the third meeting between Shelby Rogers and Daria Kasatkina
Continue below for odds, preview and best bet prediction

The final of the WTA Silicon Valley Classic is here, and American Rogers will play in front of a home crowd, as she takes on seventh seed Kasatkina.

The two have both played well this week, with Rogers having yet to drop a set, and Kasatkina upsetting second seed Paula Badosa in the semifinals.

Odds as of August 7th at DraftKings.

Kasatkina is entering the match as the slight favorite, but don’t write Rogers off. The American has been stellar all week.

Out of the 11 Americans who were competing in the tournament, Rogers is the last one standing, and gets to play into home court advantage in this final.

The 29-year old has had a great week this week, and she continues to upset opponent after opponent. She opened up against Bianca Andreescu, and ended No. 1 seed Maria Sakkari’s run in just the round of 16.

In her semifinal win, she defeated Veronika Kudermetova 6-3, 6-4, to earn a spot in her first final in just over six years.

Her remarkable run continues with a 6-3, 6-4 win over [9] Kudermetova!#MubadalaSVC pic.twitter.com/5CyuS4FHmn

The 25-year old has had a successful 2022, and continued it here in California. Kasatkina opened her tournament up against Wimbledon champion Elena Rybakina, and after dropping the first set, pieced together a comeback. She then saw Aryna Sabalenka prior to Badosa, and did the same thing.

Rogers and Kasatkina have played each other twice before, with their current head-to-head record sitting at 1-1. This is also their second meeting of 2022.

The two first met way back in 2017 in Miami, where Rogers was able to win in three sets. Fast forward to the French Open earlier this year when they faced each other for first time in five years. Kasatkina managed to take that win in straight sets.

Once again, this is a match that both players are very capable to win. Kasatkina is the slight favorite heading into the match, given her ranking, and her form entering the tournament. But I wouldn’t write off Rogers. The way she’s been playing this week, being the underdog in most of her matches, but finding a way to come out on top, makes her a dangerous opponent.

In addition to her underdog story all week, she’s also found a way to beat these higher seeded, and higher ranked players without dropping a set, making it that much more impressive.

The two will go back-and-forth in this match, with both relying on their strong serves, and smart tennis IQ. Look for this match to go the distance.