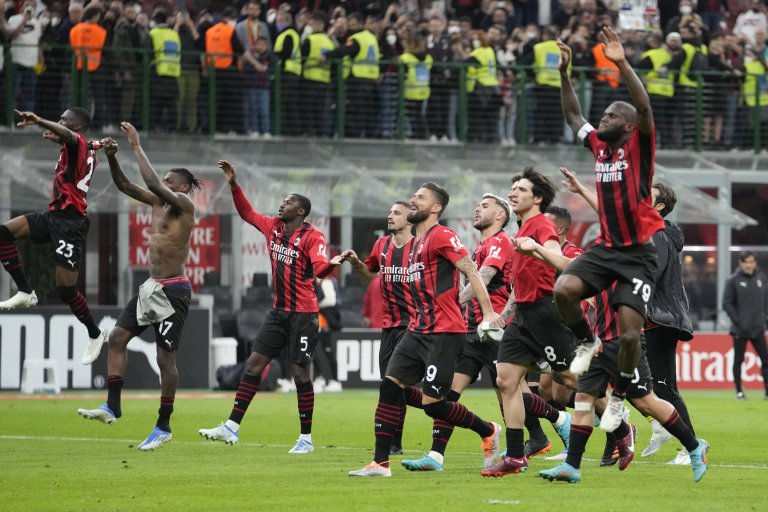 Italy’s Serie A 2022-23 kicks off on Saturday with AC Milan vs Udinese and Sampdoria vs Atalanta
AC Milan and Ciro Immobile are looking to defend their respective 2021-22 Serie A and Golden Boot titles
Find below analysis and betting predictions for the Serie A winner, top four, and Golden Boot winner

The new Serie A season starts today with AC Milan vs Udinese and Sampdoria vs Atalanta. These are the opening two games of a new 38-week season like no other, as it will include a seven-week mid-season break for the 2022 Qatar World Cup.

Last season’s champions, AC Milan, open as third-favorites, as seen on the Serie A odds tracker, with Inter leading the betting, just ahead of Juve.

Below we list the Serie A odds and look to see who, if anyone, is best placed to challenge the big three of AC Milan, Inter Milan, and Juve, while also offering our predictions and best bets, including for the Golden Boot.

Odds as of August 12th at Caesars Sportsbook.

If you are new to soccer betting, we’d recommend taking a look at our Futures & Outrights page for some handy guidance.

Despite being the reigning Serie A champions, AC Milan kicks off the campaign as only third favorites, behind Inter Milan and Juventus. The current Scudetto champions haven’t spent big over the summer, as expected, although  Charles De Ketelaere, Divock Origi, and Yacine Adli have all arrived.

Franck Kessie and Alessio Romagnoli have left the San Siro, but it still looks like a squad capable of retaining the title and may, in fact, benefit from not having a huge turnover of players.

A Rebuild for Juve

For Juve, it has been a period of transition. After nine consecutive titles, the Old Lady has suffered over the last two campaigns due to a series of on-field and off-field problems. Last season they finished fourth – no less than 21 points behind the winners.

In order to help balance their books, Paulo Dybala, Federico Bernardeschi, Douglas Costa, Aaron Ramsey, Giorgio Chiellini, and Matthijs de Ligt have all been allowed to leave the Allianz Stadium. They do, however, have a crop of talented youngsters coming through and have re-signed the experienced Paul Pogba from Manchester United, along with Bremer, Federico Chiesa, and Filip Kostic.

While this may be a new Juve, they will be competitive again this season and will certainly be in the title shake-up.

Lukaku Back at Inter

Inter, winners of the 2020-21 Scudetto, look certain to be in the mix again too. Among several summer signings is Romelu Lukaku, who returned to the club on a two-season loan after having endured a miserable season in the EPL with Chelsea. Manager Simone Inzaghi will be looking to resurrect the spirit of 2020-21 in his squad.

With Kristjan Asllani, Raoul Bellanova, and Henrikh Mkhitaryan also joining, I Nerazzurri look as competitive as ever and more than justify their status as favorites for the Serie A title.

Jose Mourinho’s Roma also has to be considered after experiencing European glory last season. Their win in the Europa Conference League will have given the Romans a massive boost and, over the summer, Mourinho has added reinforcements like Paulo Dybala and Georginio Wijnaldum to the Giallorossi ranks.

Atalanta – a club famed for promoting from within their youth ranks – cannot be ignored either, despite being disappointed by an eighth-place finish last season. As well as their talented youngsters, some of whom are already internationals, English winger Ademola Lookman and attacking midfielder Éderson have been added to their squad. A Champions League place for Atalanta shouldn’t be ruled out.

The winner of last season’s Serie A Golden Boot – known as the Paolo Rossi Award – was Lazio’s Ciro Immobile, who scored 27 times despite his team finishing fifth. It was the fourth time Immobile has lifted the trophy (the first was back in 2014) and as +450 third-favorite, he can’t be discounted.

Lukaku has been installed as the +350 favorite, but it will take a big turnaround in form for him to reach 20 goals this season. Dušan Vlahović, the 22-year-old Serb who scored seven goals in 15 Serie A games for Juve last season, looks better value at the same odds as Lukaku.

Lautaro Martínez, the Inter striker who scored 25 goals in all competitions last term, looks generously priced at +900. This is especially pertinent as he’ll be looking to remain Inter’s main goal threat even after Lukaku’s arrival.

Tammy Abraham of AS Roma is another who’s in the mix after his one-goal-in every-two ratio from last season (27 in 53 games). While he is not considered a prolific goalscorer in his native England, he has very much found life in Italy to his liking.