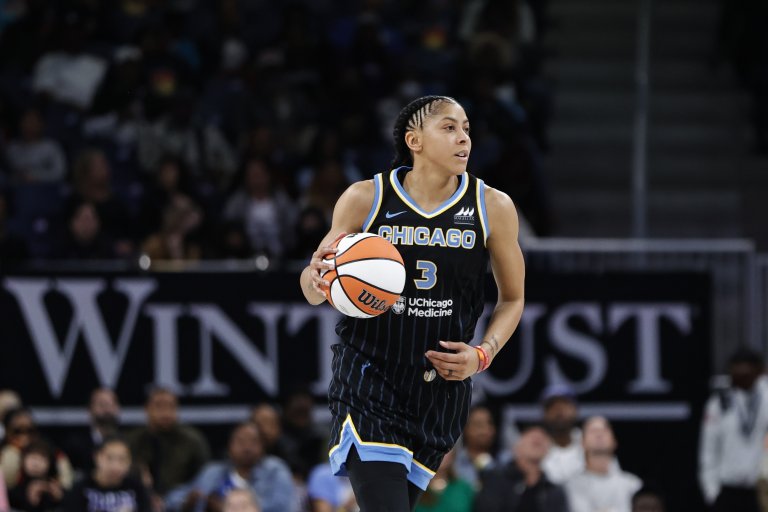 The Seattle Storm travel to face the Chicago Sky at 12:00 pm ET on Wednesday, July 20th in Chicago
Seattle enters with a record of 17-8 overall, while Chicago comes in at a WNBA-best 19-6 on the year
See below for the latest Storm vs Sky odds, analysis and best bet

A battle between two of the hottest teams in the WNBA takes place as the lone game in the league on Wednesday, July 20th when the Seattle Storm travel to take on the Chicago Sky at 12:00 pm ET at Wintrust Arena in Chicago. The afternoon contest will be aired nationally on NBA TV.

The Storm enter the game at 17-8 overall to sit as the third seed in the league standings, having gone 8-2 over their last 10 contests. Seattle is coming off an 81-65 win over Indiana on Sunday in Seattle.

Odds as of July 19th from FanDuel

The Sky come into the contest at 19-6 on the year, sitting atop the WNBA with the league’s best record. Chicago, having gone 9-1 in its last 10 games, is coming off an 89-81 victory over Dallas on Saturday in Arlington.

Hottest Teams in the WNBA

The game will not only feature two top three teams in the league, but both teams are currently two of the hottest squads in the WNBA.

Chicago and Seattle both hold a league-long four-game winning streak to remain atop the WNBA standings. Over the last 10 games, the Sky have gone 9-1 while the Storm have gone 8-2 to improve their quests of obtaining a high playoff seed.

Going into a new week with 3 Ws and some Top Plays ?

Here are your Top 5 Plays of the [email protected] | #skytown pic.twitter.com/S90aBaNolt

One team will see their winning streak extend to five games on Wednesday, while the other will try to begin another streak later this week.

Balanced Teams on Both Sides

Chicago and Seattle have been the hottest teams in the league and have shot up the standings this season due to the balance that has been on display throughout the summer on both squads. The Sky and Storm are statistically two of the best teams in the WNBA both offensively and defensively.

Seattle ranks seventh in offensive rating (99.9), leading the league defensively with a rating of 93.7. The Storm also rank second in three-point percentage (35.4 percent) and seventh in field goal percentage (43.3 percent).

Balance and talent flood each team on both the offensive and defensive ends of the floor, and Wednesday’s game could come down to who can put together a better overall game to pull out the win.

The biggest keys in this game might end up being which team can step up defensively to limit the other teams offensive firepower, as well as the location of the contest and if the home crowd can have an impact on the game.

When it comes to defense, Seattle holds the edge with its WNBA-leading defensive unit. The Storm will need that stellar defense to show up early against one of the best offensive teams in the league in the Sky.

The location of this game could perhaps have the biggest impact, with Chicago having an edge with the home crowd while also having played well at home this year. The Sky are 9-2 at home this summer, while the Storm are just 6-4 in away games thus far.

That Championship Experience coming in clutch.

This game will be one that is back-and-forth and an intense battle that could potentially be a preview of a WNBA Finals matchup. In the end, the Sky will use their home crowd and dominance displayed at home to make things tough for the Storm and take a game that could be decided in the final minutes.

Our prediction is Chicago will hold off Seattle, extending its winning streak to five in a row and bringing the Storm’s four-game win streak to a close. For the best bet of the night, go with the Sky and the 2.5 points they are favored by. This game will be a close contest, but Chicago should be able to pull away with a victory by three or more points.