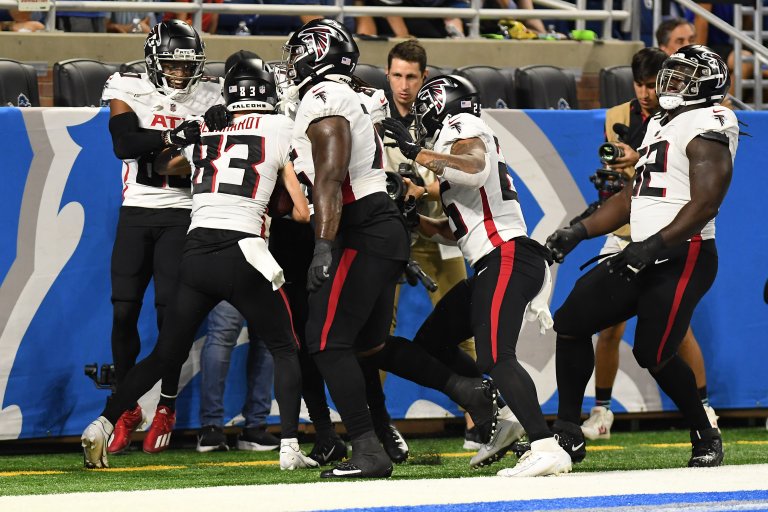 The Atlanta Falcons are given an NFL-bet 18.7% chance of exceeding their 2022 win total by the SBD Win Probabilities calculations
This formula is the brainchild of SBD editor-in-chief Matt McEwan
Getting the second-best percentage to go over their 2022 NFL win total are the Houston Texans (14.7%)

The Atlanta Falcons are #1 and the Houston Texans are #2. Yeah, you won’t be hearing that boast made much during the upcoming NFL season when talking about NFL record predictions.

Still, when it comes to victories, it’s the Falcons and the Texans who are displaying the best chance to go over the number assigned to those teams in NFL win totals.

So says the SBD Win Probabilities formula designed by SBD editor-in-chief Matt McEwan. Based on the mathematically predictive analytics he’s created, the Falcons are given an 18.7% edge in terms of going over their win total. The Texans come next, at 14.7%.

How does it all work? Allow us to explain.

The data suggesting that these two clubs are likely to rise above their projected win totals is based upon the NFL record predictions built through the SBD Win Probability Calculation, a creation of SBD editor-in-chief McEwan. It is an entirely data-based product. Opinion and guesswork don’t enter into the equation.

McEwan starts by converting the spreads on every NFL game to implied probabilities to simply win the game. He then calculates every win-loss combination for a 17-game season.

He then input their probabilities to win or lose each game of the season and he added together all win-loss combinations that result in the same number of wins. When all those calculations were complete, the probability for each team to win zero through 17 games this season was revealed.

Falcons Aren’t Favored In a Single Game this Season

In the opening NFL regular-season odds, Atlanta is a betting underdog in 16 of 17 games. The Falcons are a pick at home against the Chicago Bears on November 20.

It’s easy to see why the football public is down on the Dirty Birds. Atlanta was the third-worst team in the NFC last season, going 5-12. Over the offseason, they parted ways with future Hall of Fame quarterback and past NFL MVP Matt Ryan.

The Falcons are turning to journeyman Marcus Mariota as their QB1. Top wideout Calvin Ridley is under suspension for the season after he was caught betting on NFL games.

Odds as of August 18th at DraftKings Sportsbook

Based on the SBD Win Probability calculation, the Falcons are being assigned a 72.7% chance of going above and beyond their assigned NFL win total. That’s the highest percentage among all of the 32 teams in the league. Atlanta is being given an implied probability of winning from the odds of 53.5%. Subtract that from the SBD Win Probability calculation assigned to the team and the Falcons are left with an NFL-best edge of 18.7%.

The Falcons are coming into the season with the NFL’s 11th-toughest slate in terms of NFL strength of schedule. Atlanta’s 2022 opposition are projecting to win 147.5 games. Still, there’s enough opportunity for victory that anticipating the Falcons to go over 5 in their NFL win total isn’t that much of a stretch.

Within the NFC South, they get two games with the Carolina Panthers. Both of those are winnable. Atlanta won last season at New Orleans. The Falcons are 5-7 straight up in the last 12 meetings with the Saints. They’ll be getting the Cleveland Browns minus the suspended Deshaun Watson. The Seattle Seahawks, Pittsburgh Steelers, Washington Commanders and the Bears are all beatable. That’s eight potential wins.

Texans Will Be Better But Not Good

It’s entirely conceivable that Houston could go over the 4.5 win total assignment given to them and still wind up with the NFL’s worst record. This seems to be a season that is going to be exhibiting a greater level of parity. There’s no apparent super team on the horizon.

Houston is facing the eighth-toughest slate in terms of NFL strength of schedule, so that’s not such good news to those leaning toward the over play here. Opponents of the Texans are projecting to win 149.5 games this season.

The over-probability assigned to the Texans by the SBD Win Probability calculation is 64.7%. That’s fourth-best in the NFL, behind the Falcons, Seahawks (69.6%) and New York Jets (67.3%). However, factoring in Houston’s implied probability of winning from the team’s game odds of 50%, the Texans grade out with an edge of 14.7%.

Playing in the AFC South, the Texans get two with the Jacksonville Jaguars. They’ll also be playing the Bears, Commanders, Browns and New York Giants.

Don’t be betting the Texans to win the AFC South in the NFL Division odds. But a 5-12 season for Houston doesn’t seem to be out of the question.