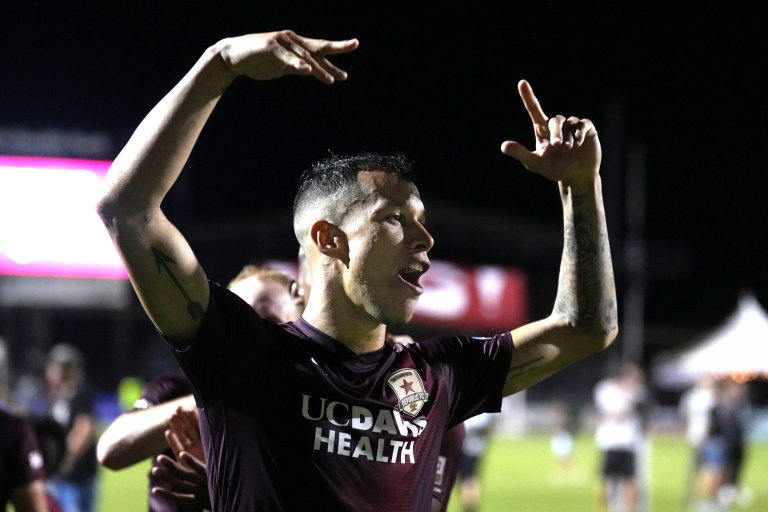 Sacramento Republic hosts Sporting KC in US Open Cup action on Wednesday, July 27th at 10:30 pm ET
Wednesday marks the first-ever meeting between the USL Championship’s Sacramento and the Sporting KC of MLS
Read on for betting odds, a full preview and best bets for this match

Just 90 minutes stand between Sporting KC and a first appearance in the US Open Cup final in five years. To get there, however, the four-time winners will have to go through lower-league opposition in the shape of the Sacramento Republic of the USL Championship.

Looking to become the first team from outside of MLS to reach the final since 2008, Sacramento has shown it is anything but a pushover thus far, having beaten two of its California-based MLS rivals – San Jose Earthquakes and Los Angeles Galaxy – to reach the final four for the first time in its history. The other side of the bracket pits together Orlando City SC vs New York Red Bulls.

While Sporting KC is the favorite, it is hardly an overwhelming one. That is likely a testament to Sacramento’s home-field advantage – it has lost just one of 17 US Open Cup games at home – as well as the experience on the team’s roster. Eight Republic players have MLS appearances on their resumes, while one – Keko Gontan – has split 135 appearances between Spain’s La Liga and Italy’s Serie A. Goals are likely to be hard to come by in this one, with Over 2.5 currently being offered at -105, with Under 2.5 at -125.

While Wednesday’s match marks the first-ever meeting between the two sides – not all that surprising given that Sacramento only began play in 2014 – there are some familiar strands running through the matchup.

The #USOC2022 goal that made @danielsalloi @SportingKC’s top all-time Cup scorer was a work of art. Meet the artist 📚» https://t.co/JPp1T9S2g2 pic.twitter.com/YCRqTgwc3m

Sporting stars Daniel Salloi and Felipe Hernandez – each in a rich vein of form after each scored twice in the quarterfinal win  – know both the team and stadium well, having played at Heart Health Park numerous times while members of Sporting KC II.

While the team’s run through the 2022 US Open Cup has been nothing short of inspiring, the likelihood of the Republic defeating MLS squads in three consecutive rounds is an unlikely proposition.

After rolling through June with a 5-0-0 record, July hasn’t been so kind for Sacramento, with the team suffering its first home loss of the year 11 days ago against the Birmingham Legion. On top of that, the team hasn’t won in over a month.

However, the team will likely draw strength from its home-field advantage for the US Open Cup, where the team has won all three of its ties against MLS clubs. It will also be looking to team talisman Luis Felipe, who has scored the game winners in each of the team’s last three US Open ties.

More than any other team in recent history, Sporting KC has been synonymous with success in this competition. The team’s four US Open Cup wins stand as the second-most in the competition’s history, while its 24 wins since 2012 are the most of any team in American soccer.

However, given that Sporting is rooted to the bottom of the Western Conference standings and 10 points outside the playoff spots, the US Open Cup likely gives it its best chance of silverware this season. Having won just five games all season in MLS play, the team has enjoyed some massive results in the US Open Cup, and can now see a route to success with just two games to glory.

Sacramento is clearly not afraid to spring an upset, but with an attack that’s still struggling to find the net, and a coach still juggling his starting 11 to find the best mix, and the team in a poor patch of form, this semifinal possibly comes at a less-than-optimum time. Expect Sporting KC to show just enough to advance to the final.