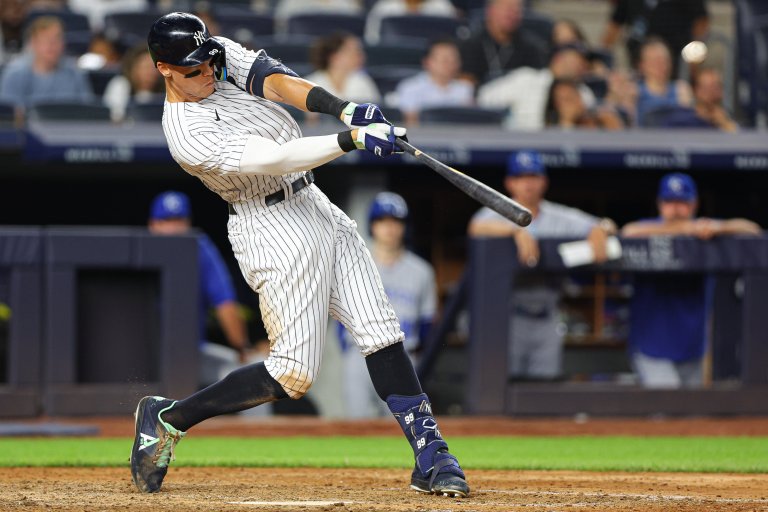 The Yankees are -350 home favorites over the Royals on Friday night
Left-hander Kris Bubic (2-6, 5.53) will start for Kansas City against Gerrit Cole (9-3, 3.09)
A look at the matchup and odds can be found below with a pick

The American League East-leading New York Yankees host the Kansas City Royals, the last-place team in the AL Central, at 7:05 p.m. ET Friday in the second game of a four-game series at Yankee Stadium.

Odds as of July 28th at BetMGM.

The weather forecast calls for a 40% chance of showers or thunderstorms at gametime. The temperature is expected to be 86 degrees at first pitch with a low of 73 along with cloudy skies and northwest wind from 7-10 mph.

Bubic ended a five-start winless streak his last time out when he beat the Tampa Bay Rays on Sunday in Kansas City. He allowed just two runs and four hits in seven innings while striking out four and walking three.

A breath of fresh air for Royals fans everywhere!

Against the Yankees in his career, Bubic is 0-1 with a 3.68 ERA in two games (one starts). He has pitched at Yankee Stadium only once, working 2.1 scoreless relief innings last season.

Cole’s three-game winning streak ended last Saturday with a loss to the Orioles in Baltimore. He was charged with four runs (three earned) in six innings while giving up nine hits and two walks to go with six strikeouts.

Cole has been tough on the Royals in his career, compiling a 4-1 record and 2.06 ERA in six starts.

The Royals’ Hunter Dozier is just 2 for 13 (.154) against Cole, though the hits are a double and home run. Yankees utility player Marwin Gonzalez could get a start since he is 3 for 6 with a double off Bubic.

A walk-off home run by the Yankees’ Aaron Judge in the ninth inning accounted for the game’s lone run and lifted New York over the Royals on Thursday night.

Judge’s blast was one of just two hits by the Yankees and his third game-ending homer of the season.

Andrew Benintendi joined the Yankees a day after being acquired from the Royals in a trade. He started in left field and went 0 for 4 with a strikeout.

Whit Merrifield had two of the Royals’ four hits.

Royals rookie shortstop Bobby Witt Jr. missed his fourth straight game with a hamstring injury. He went through a full workout prior to the game and could return to action Friday.

Kyle Isbel played left field following the departure of Benintendi and fellow rookie Vinny Pasquantino was the designated hitter after missing one game with right thumb discomfort. Isbel was 0 for 3 and Pasquantino went 1 for 4.

Kyle Isbel out on a 𝑔𝑒𝑛𝑒𝑟𝑜𝑢𝑠 strike 3 call by Ramon De Jesus to end the top half#Royals 0 #Yankees 0 🔻2 pic.twitter.com/0rymiHw2Gl

The Yankees have won all four games against the Royals this season and are 44-21 versus Kansas City since 2012.

The lightbulb seems to be going off for the 24-year-old Bubic. However, it’s tough to bet against Cole and the Yankees at home – even at such big odds.