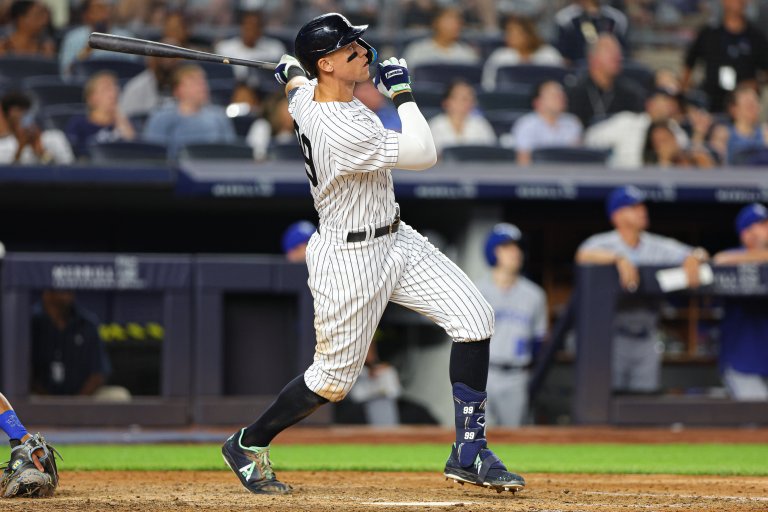 If you’re betting the Royals and Yankees game on Saturday there’s a high probability your money won’t be on any KC-related wager. The Royals’ lineup is in the midst of an absolutely horrendous funk – more on that later, and that isn’t likely to change versus the best team in baseball and one of the top pitchers this year.

Oddsmakers certainly share that sentiment, as New York opened up as an overwhelming favorite for Saturday’s contest.

Odds as of July 29th at Barstool Sportsbook

The Yankees are currently a -260 moneyline favorite, in a game with a total of 9. First pitch is scheduled for 2:05pm ET at Yankee Stadium in the Bronx, NY, with clear skies and 84-degree game-time temperatures in the forecast.

The Yankees, the leading contender in the World Series odds,  will give the ball to All-Star Nestor Cortes. The left-hander is in the midst of a truly special season and is on pace to shatter his personal best marks in nearly every statistical category.

After a perfect inning at the All-Star Game, where he struck out all three batters he faced, Cortes showed no hangover in his following start. The top-nine AL Cy Young odds contender threw six shutout innings, scattering six hits while striking out seven.

He faced KC on the road earlier this season and was nearly as impressive. He yielded only a single earned run over five innings, picking up in the win in a 12-2 New York victory.

The Royals will counter with Zack Greinke, who’s fresh off a shutout performance of his own. The 38-year-old blanked the LA Angels over five innings last time out, scattering three hits while striking out five.

It should be noted that the Angels have been arguably the worst team in baseball over the past month, and Greinke has not performed nearly as well against strong hitting lineups lately.

He’s faced the Blue Jays and Astros this month, the second and sixth highest scoring AL teams this season behind the Yankees, and he coughed up 18 hits, 10 runs and three homers over nine total innings.

New York enters Friday leading MLB in most key statistical categories except for OPS, where they rank second. They’ve actually underperformed since the All-Star break, averaging just 3.2 runs per game in their eight contests since play resumed.

Still, they’re at home where they’re 38-12 this season, and boast a .437 slugging percentage and .761 OPS. Aaron  Judge, the favorite in the AL MVP odds, leads the league with 39 home runs, while just one regular in the New York lineup has an OPS south of .692.

AARON JUDGE WALKS IT OFF! pic.twitter.com/J22wMm0Fc7

They’re 8-2 in their last 10 games versus the Royals, averaging six runs per contest. It’s safe to say they’ll resume tearing the cover off the ball in no time.

We shouldn’t make that assumption about the KC offense, however. This is a group that hasn’t scored a run in three consecutive games entering play on Friday. They’ve managed just 16 hits during that stretch and are statistically one of the worst lineups in the league.

The New York Yankees are finalizing a deal to acquire outfielder Andrew Benintendi from Kansas City, sources tell ESPN. Three minor leaguers will be headed back to the Royals.

The Royals rank 27th in runs per game, and bottom-six in slugging and OPS. To make matters worse, their top-two sluggers, Bobby Witt Jr. and Salvador Perez are on the IL, while they just traded their most valuable hitter Andrew Benintendi to this very same Yankees team.

If you’re going to bet on the Yankees, grabbing them on the runline is likely the preferred option. However, I’d much rather bet against the Royals specifically.

The over/under on their team total for the 1st five innings is set at 1.5, and considering they haven’t scored in three games entering Friday, I’ll gladly target the under.

Cortes has allowed one earned run or less in three of his last four starts, and 11 times overall this season.