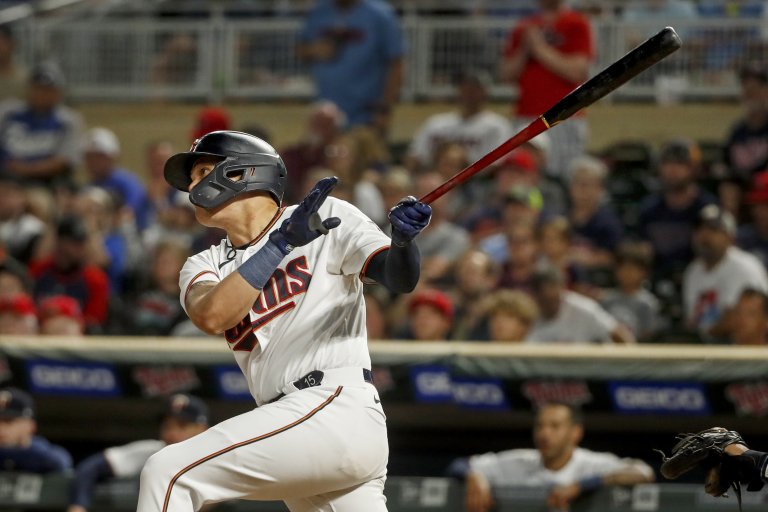 The Twins are -190 home favorites over the Royals on Wednesday
Lefty Daniel Lynch (4-7, 4.52) will start for Kansas City against Tyler Mahle (6-7, 4.26)
A look at the Royals vs Twins odds can be found below with a pick

The Minnesota Twins will look to sweep the Kansas City Royals in the finale of a three-game series at 1:10 p.m. ET Wednesday at Target Field in Minneapolis.

The Twins are in second place in the American League Central, one game behind the Cleveland Guardians.

The weather forecast calls for partly sunny and a high of 82 degrees in Minneapolis with southwest winds at 5 mph.

Looking at Wednesday’s MLB lineups, left-hander Daniel Lynch (4-7, 4.52) is expected to pitch for the Royals against Tyler Mahle (6-7, 4.26). Both will be working on four days of rest.

DANIEL LYNCH IS FIRED UP. WE ARE FIRED UP. LFG BABY.#TogetherRoyal pic.twitter.com/iwZq3cHKFO

Lynch has a 1-1 career record against the Twins with a 4.50 ERA in four starts. He has no decisions in two starts at Target Field and a 4.76 ERA.

Mahle is 1-0 with a 3.00 ERA in two starts since the Twins acquired him in a trade with the Cincinnati Reds.

Mahle pitched six shutout innings against the Los Angeles Angels last Friday in Anaheim to gain his first win with the Twins. Mahle allowed three hits and two walks and struck out six.

A left-hand toast with a California cabernet (in a paper cup) to Tyler Mahle who gave the Twins 6 shutout innings in their 4-0 win over the Angels. The win ended a short 4-game skid and is the first of a __ game winning streak! pic.twitter.com/9adeL3jpA3

Mahle’s lone start this season at Target Field was against the Toronto Blue Jays on Aug. 5 and he allowed four runs in six innings while not factoring in the decision. He is 2-4 with a 4.29 ERA in 12 starts in the daylight. The Twins have split Mahle’s two starts.

The Twins’ Carlos Correa is 6 for 14 (.429) against Lynch, though all the hits have been singles. Rookie Jose Miranda is 3 for 5 with a double in limited exposure to the lanky left-hander.

Gio Urshela had four hits to lead the Twins to their rout of the Royals on Tuesday night. It was his first four-hit game of the season and fourth of his career.

The Twins’ Luis Arraez had three hits to increase to his batting average to .336, best in the major leagues. Miranda also had three hits and Gilberto Celestino homered.

Second baseman Jorge Polanco did not play a day after leaving the game with left knee soreness. He is likely to sit out Wednesday’s game, too.

Royals infielder/outfielder Hunter Dozier is expected to miss his third straight game while on the paternity list.

The Twins are 8-4 against the Royals this season, including 4-2 at Target Field.

Lynch is a tempting underdog, but Mahle is coming off a strong start and seems to be settling in quickly with the Twins.