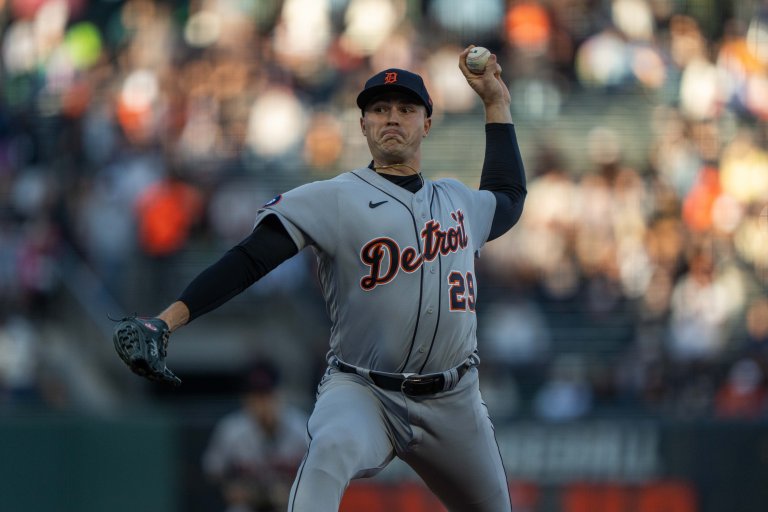 The Royals and Tigers meet on Sunday afternoon
This is the finale of a three-game set
Find the Royals vs Tigers odds, preview, and prediction, below

The two bottom teams in the American League Central battle it out on Sunday afternoon the Detroit Tigers host the Kansas City Royals. The first pitch is scheduled for 12:05 PM ET at Comerica Park.

Brady Singer gets the start here for KC in the rubber match. The Tigers counter with one of their best arms, Tarik Skubal.

Odds as of July 2nd at Caesars Sportsbook.

Detroit heads into the series finale on Sunday as a -130 favorite.

It hasn’t been a great year for Singer, going 3-3 with a 4.33 ERA in 11 games (eight starts). Although he’s looked respectable at times, the righty is giving up no shortage of runs lately. In his last start against the Athletics, Singer did stay in the game for 8.1 innings, but he surrendered five earned on seven hits.

In fact, Singer has given up at least three runs in five of his previous six outings. He’s yet to face the Royals in his short big-league career though, therefore this is brand new territory for the 25-year-old.

The Tigers’ pitching staff has dealt with some brutal injuries in 2022, but Skubal is one arm that’s managed to stay healthy and be consistent. In 15 starts, the southpaw is 5-6 with a 3.75 ERA, striking out 89 batters in 84 innings. He’s only allowed 21 walks, too. Skubal is even a long shot at +4000 in AL Cy Young odds.

Tarik Skubal walks his 4th batter of the night and his night is over after 108 pitches in the 5th.

Skubal is coming off a few underwhelming outings, though. He’s surrendered a combined 21 earned runs across his last five appearances. On June 28th, the 25-year-old was tagged for three earned in only 4.2 frames against the Giants. Command proved to be an issue as well, walking four hitters.

Kansas City had the chance to take the first two games of this series on Saturday, but with a lead in the bottom of the ninth, the bullpen blew it. Joel Payamps came into the game and proceeded to give up back-to-back solo shots to Victor Reyes and Riley Greene to lose 4-3.

A Doz double to drive in two will do!

The Royals didn’t score a single run past the fourth inning and only managed to muster up six hits. Whit Merrifield led the way going 2-4, but other than his solid day, the offense struggled against the Tigers’ pen once Beau Brieske exited.

Aside from their woeful lineup, the Tigers also have a brutal 4.08 ERA as a team. But, it was the staff that proved to be a bright spot on Saturday. Brieske gave up only three runs across six solid frames then three different bullpen arms didn’t surrender a single hit to the Royals in the final three innings.

Reyes and Greene then proceeded to complete the comeback with homers in the ninth, with the latter hitting a walk-off that landed in the shrubs at Comerica. It was his first career long ball, too. Nevertheless, the bats are still failing to show up, ranking 27th in team average and dead last in the MLB with a mere three runs per game.

Skubal is coming off a brutal June but I do think he’s going to finally start to figure it out again here. His ERA is also at 3.66 during day games, while Singer’s ERA is closer to five in afternoon contests. Take the Tigers here to win the finale.