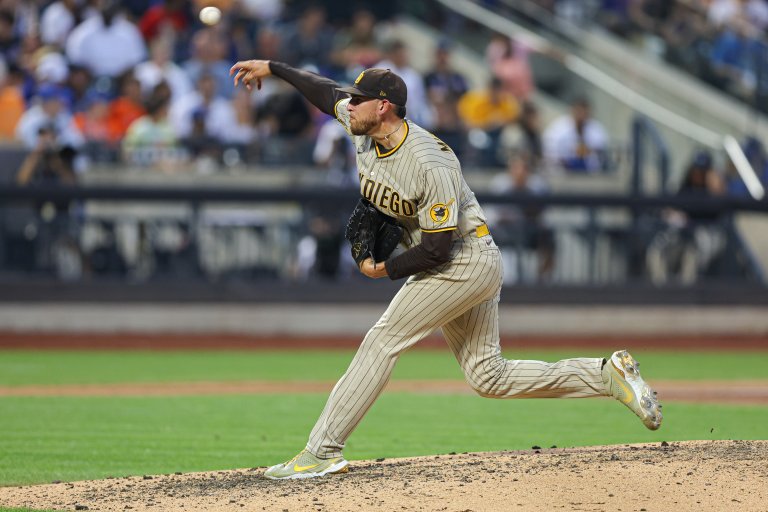 The Rockies and Padres continue a lengthy five-game set on Thursday afternoon
San Diego will have their ace Joe Musgrove on the mound
Find the Rockies vs Padres odds, preview, and prediction below

The Rockies send lefty Kyle Freeland to the hill here as they look to end their losing ways. The Padres counter with ace Joe Musgrove, who just signed a $100 million extension earlier this week.

The Padres are heavily favored at -305 moneyline odds for Thursday’s matchup.

Freeland has been pretty reliable for the Rockies this season, but his ERA isn’t great. The southpaw is 6-7 with a 4.63 ERA in 20 starts, striking out 82 in 114.2 innings while walking 33. His last couple of outings have been better, though. Freeland went six frames on July 30th against the Dodgers, surrendering three earned runs while collecting six strikeouts.

Musgrove is just simply dominating this year which earned him a brand new deal with the Padres recently. The righty is  8-4 with a 2.65 ERA, serving as the team’s best starter. He’s even at +1600 in the NL Cy Young odds, even though it looks like Sandy Alcantara is running away with the award.

Aside from the stellar earned run average, Musgrove’s WHIP sits at 0.99. He’s striking out batters at a rapid rate and continues to pound the strike zone, walking only 27 in 115.1 innings of work. In his last outing, Musgrove gave up two earned across six innings vs. Minnesota, but he, unfortunately, took the loss. The veteran has a 4.09 ERA against Colorado this season.

Colorado is in the gutter of the NL West and heading into Wednesday’s game, they’ve lost four in a row and won just three of their last 10 games. Offensively, the Rockies are actually one of the better teams in baseball, ranking within the top 10 in runs, hits, average, and OBP.

Their pitching staff however has been atrocious, boasting a 4.94 ERA. That is the third-worst in the Majors. To put it into perspective, Freeland’s 4.63 ERA is pretty much the best in the rotation.

The Padres just finished up one of the most historic trade deadlines ever. They went out and acquired superstar Juan Soto from the Nationals while also adding Josh Hader, Brandon Drury, and Josh Bell. San Diego’s already dangerous lineup just got even better and now has three of the best players in the sport in Soto, Manny Machado, and Fernando Tatis Jr. once he comes back.

The #Padres have acquired outfielder Juan Soto and first baseman Josh Bell from the Washington Nationals.

The Wild Card is likely going to be their way into the playoffs as they sit 11.5 games behind the Dodgers in the division. San Diego is on quite the roll right now too, winning four straight ahead of Wednesday.

As you can see, the Rockies definitely have the upper hand over San Diego this season. However, Musgrove is dealing and his ERA drops to 2.29 at Petco Park. I like the Padres to take this one and cover the runline.