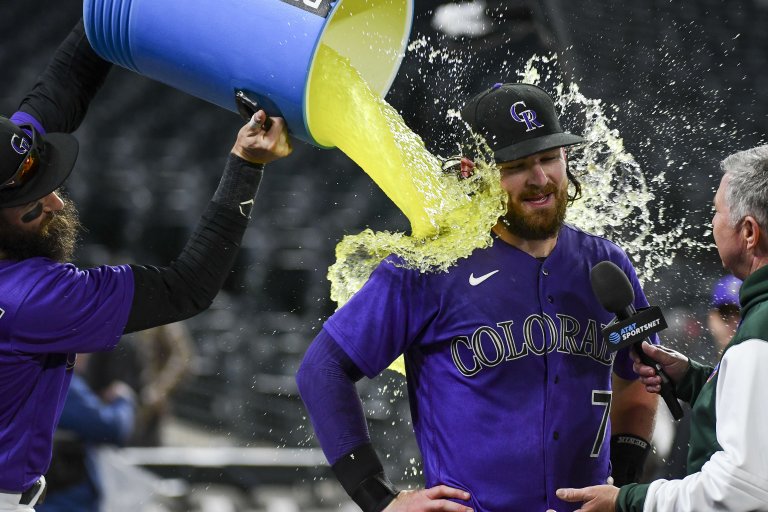 The Miami Marlins are -125 favorites over the Colorado Rockies in a National League game scheduled for Tuesday, June 21
Colorado is 5-1 straight up in the past six games against Miami
All of the Rockies vs Marlins odds, picks, predictions and best bets are assessed in the story below

At home, Colorado is 8-1 straight in the last nine games when facing the Marlins. Move the place of the action to Miami, though, and it’s the Marlins who are 4-1 SU in the last five games and 6-3 over the past nine.

It’s the latter locale where this three-game series is beginning on Tuesday. Not surprisingly, it’s the Marlins who oddsmakers like as the -125 home favorites. Colorado took two of three games from Miami in a series that concluded earlier this month.

First pitch of this Tuesday, June 21 game at loanDepot Park is set for 6:40pm ET. The forecast is calling for clouds, 17 mph wind and a temperature of 85 degrees.

At odds of -125, the Marlins are offering an implied probability of victory of 62.96% in the MLB betting line. A successful $10 wager on Atlanta would deliver a payout of $15.90.

As far as the MLB betting trends are concerned, the public is tipping slightly toward the Rockies. Colorado is garnering 54% of the bets on both the moneyline and the runline. There’s heavy action on the over, with 82% of public bets backing that outcome.

Rockies right-hander Ryan Feltner probably deserves a bit better fate then his record would indicate. He’s only had one appearance among his first starts this season that wouldn’t qualify as a quality start.

Feltner’s lone win this season was a 7-1 verdict over the Marlins on May 30. He worked seven innings of four hit ball, striking out six and allowing one earned run for a 1.29 ERA.

That’s the only time Feltner has faced the Marlins. He’ll be making his first career appearance at loanDepot Park. Feltner is among the bottom 6% of MLB hurlers in exit velocity (114.7).

If you want to talk hard-luck pitchers, consider the plight of Marlins lefty Daniel Castano. He’s made four appearances this season, including one start, covering 10.1 innings.

During that span, Castano has surrendered one unearned run but that was enough to tag him with the loss in a 5-4 setback May 18 against the Washington Nationals. That gives Castano the unusual season stats of 0-1 with an 0.00 ERA.

As expected, Daniel Castano shutting out the Phillies thru 5 innings pic.twitter.com/gZRUvXyeFG

Castano made his first start of the season June 15 at Philadelphia. He scattered five hits over 6.2 innings and didn’t figure in the decision in a 3-1 loss.

For starters, take a long, hard look at the over. Six of the last seven Rockies-Marlins games have gone over. The winning team in this matchup has hit for double digits in runs in six of the past 11 games.

As for the game itself, the Marlins are a much better home ballclub.  The Rockies share the NL mark for the fewest road wins with the Cincinnati Reds.