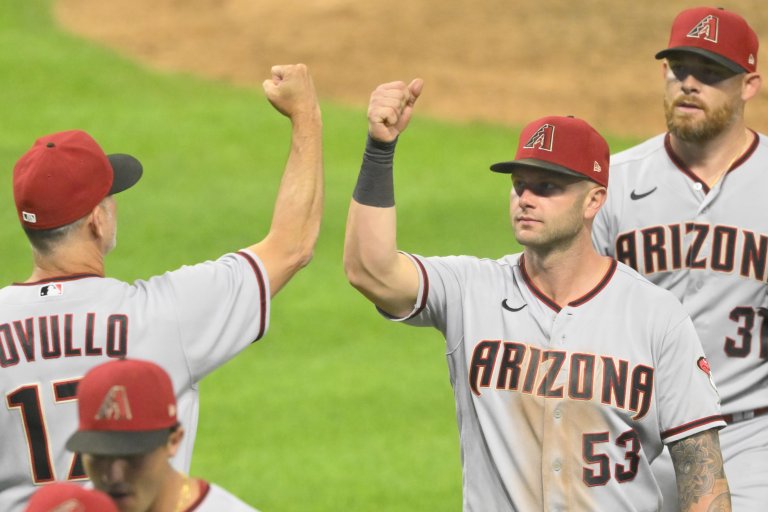 In terms of the NL playoff picture, Saturday’s matchup between the Colorado Rockies (47-61, 17-34 away) and Arizona Diamondbacks (46-58, 27-27 home) doesn’t mean a thing. However, it has caught our attention for a couple reasons in the betting market – more on that later.

These two teams enter play occupying the bottom-two spots in the NL West division, and oddsmakers have elected to side with the hometown team as the chalk.

Odds as of August 5th at Barstool Sportsbook

The Diamondbacks opened up as -155 moneyline favorites, in a game with a total of 8. First pitch is scheduled for 8:10 pm ET at Chase Field in Phoenix, Arizona, with clear skies and game-time temperatures  north of 100 degrees in the forecast.

You won’t find either team anywhere near the top of the board in the World Series odds for good reason. Colorado and Arizona rank among the bottom-six teams in run differential, and both entered the weekend on multiple game losing streaks.

The D-Backs will turn to Merrill Kelly to stop the bleeding. The 33-year-old is enjoying a career season in Arizona and has been one of the lone bright spots of the starting rotation. He ranks top-25 in MLB in wins, ERA and WHIP, yielding two or fewer runs in six straight starts.

Merrill Kelly is THE NL Pitcher of the Month! pic.twitter.com/rwrICGkRlE

He went 4-0 in July, posting video game numbers along the way, and is fresh off shutting out the defending champion Braves over seven innings.

He’s completely dominated the Rockies so far this season, posting a 2-0 record in two starts, with a 1.15 ERA and a .214 opponent batting average. Surprisingly though, he’s getting zero attention in the NL Cy Young odds.

Colorado will counter with Antonio Senzatela, which must be music to Arizona’s ears. The 27-year-old has coughed up at least three runs in five straight starts and has been rocked by the Diamondbacks in the past.

Senzatela lasted just two innings in his only 2022 meeting with Arizona, allowing four hits, three runs and a homer. In 96 career at-bats, Diamondbacks hitters are batting .367 with a .668 slugging percentage and a 1.108 OPS versus the right-hander.

It’s not as if Arizona is an elite lineup by any metric. That just goes to show how underwhelming Senzatela has been. The Diamondbacks rank below league average in runs per game, while only Pittsburgh and Oakland boast a lower team batting average.

Colorado on the other hand, gives off the impression of a strong lineup on paper, until you break down the splits. The Rockies have a slash line of .284/.350/.455 at the friendly confines of Coors Field, but it’s been a different story on the road.

Colorado is batting just .235 away from home, averaging two and a half fewer runs per game (5.6 vs 3.1) than at home. To make matters worse, former 39-homer man Kris Bryant is on the IL with plantar fasciitis.

The Rockies have dropped seven of their past nine games on the road, getting outscored by 21 runs along the way. Let’s absolutely target Arizona on the moneyline, but let’s also fade Colorado in the team total market.