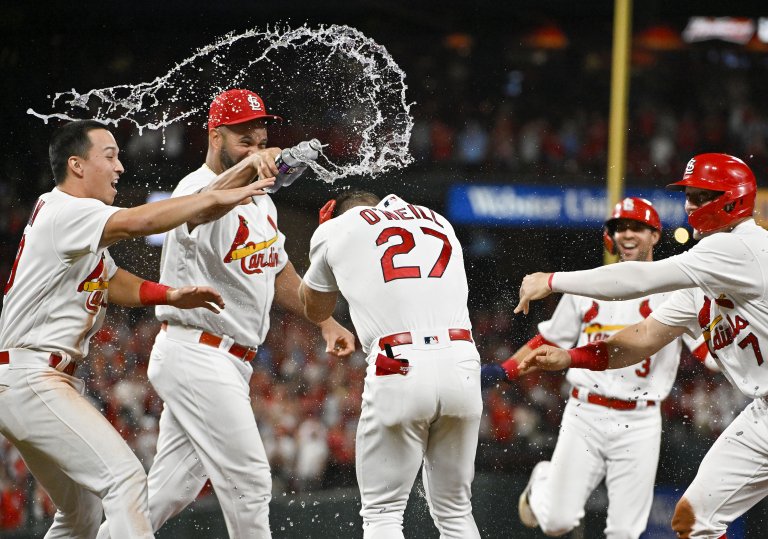 The St Louis Cardinals are -225 home favorites over the Colorado Rockies in an afternoon game slated for August 18
St Louis has won 10 in a row straight up at home against Colorado
Below, find the Rockies vs Cardinals odds and picks for Thursday

On home turf, the Rockies, basement dwellers in the NL West, have beaten the Cardinals in five of the past six games and seven out of the last 10. Change the locale to St Louis, however, and things get really rocky for the Rockies.

Oddsmakers are liking the Cardinals again in the final game of this three-game series. St Louis is set at -225 home favorites. The Cardinals are 27-11 SU as the home chalk this season.

The Cardinals were 14-1 straight up in their last 15 home games against the Rockies. On the other hand, St Louis was just 8-7 against the run line over the same stretch of games. So while they beat Colorado, the Cardinals don’t generally put a beatdown on the Rockies.

First pitch at Busch Stadium is set for 1:15pm ET on Thursday, August 18. Cloudy skies with 5 mph wind and a temperature of 84 degrees are in the weather forecast.

Thursday’s MLB lineups won’t give Rockies fans much confidence. It’s one day shy of two months since Rockies right-hander Antonio Senzatela posted his most recent victory of the season. And that’s his only win since the end of April.

Veteran Cardinals right-hander Adam Wainwright has led the NL in complete games in each of the past two seasons. He’s already spun one of those in 2022. In his last start, Wainwright allowed three hits and one earned run over nine innings against Milwaukee, but the Cardinals lost in extra innings.

How does he keep doing this pic.twitter.com/M1uarboHFH

Coming off a sensational start, Wainwright’s utter dominance of the Rockies, coupled with his solid home data, make it difficult to bet against the Cardinals.

The Cardinals WALK IT OFF on a hit-by-pitch!!#STLCards #Rockies #Cardinals #MLB pic.twitter.com/mZaizW2jyx

While they haven’t been great against the run line when facing the Rockies at home, St Louis is 3-1 on the run line over Wainwright’s last four starts.