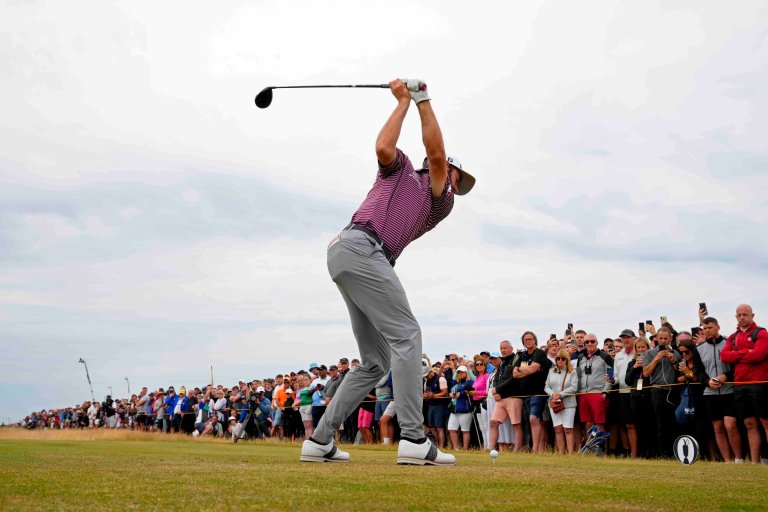 The second last regular season PGA Tour event of the season heads to the Detroit Golf Club for the Rocket Mortgage Classic. Just five of the top-20 golfers in the world are competing, with Patrick Cantlay the favorite to add to his trophy case.

There are plenty of opportunities for sleepers and longshots to make some noise given the relative lack of high-end talent competing this week. Players will be jockeying for position to get into the top-125 for the FedEx Cup Playoffs. In two of the three editions of this championship, the winner made this their maiden PGA Tour triumph (Nate Lashley 2019, Cameron Davis 2021).

Odds as of July 26th at DraftKings Sportsbook

The forecast calls for it to be mainly sunny throughout the day. Temperatures will be at 70 degrees for those teeing it up first, approaching mid 80’s for those starting their rounds in the afternoon. The wind will be much more fierce for those playing past noon, with gusts ranging from 11-15 miles per hour for the AM golfers, reaching 28 miles per hour for those finishing in the evening.

Cameron Young (12:43 pm tee time) put together a spellbinding Open Championship two weeks ago, grabbing the first round lead, before ending up as the runner-up to Cameron Smith. That marked his sixth top-three result in his rookie PGA Tour campaign, clearly showing he’s on the cusp of a breakthrough.

He has been hit or miss this year, however, as he came into that event sporting three poor results. However, he’s one of the better players in the first round.

Young is second in SG: off-the-tee for the season and ninth in birdie average. In the last eight opening rounds, he ranks first in SG: tee-to-green, fourth around-the-green, fifth in ball striking and sixth in total strokes gained.

Kevin Kisner (1:05 pm) has played all three iterations of the Rocket Mortgage Classic, making the cut in each instance. It’s the last two years where he’s really been strong at the Detroit Golf Club, finishing third in 2020 and tied for eighth last year.

Of those golfers competing this week, he’s tops in total strokes gained at this track.

Kisner has also been playing very well of late, recording a tie for sixth at the Travelers Championship, then following that up with a T-21st at the Open Championship.

Greyson Sigg (8:57 am) has quietly put together a string of solid performances. In his last quartet of golf tournaments, he’s racked up top-30’s on each occasion.

He saved his best performance for last week, when he flirted with contention, eventually settling for a seventh place tie at the 3M Open.

Sigg is playing in the morning, which will give him a significant advantage. He’s been solid on Thursdays also, ranking 39th in scoring average amongst all players this season. As far as longshots go, he’s a super intriguing possibility, given his stellar play of late.