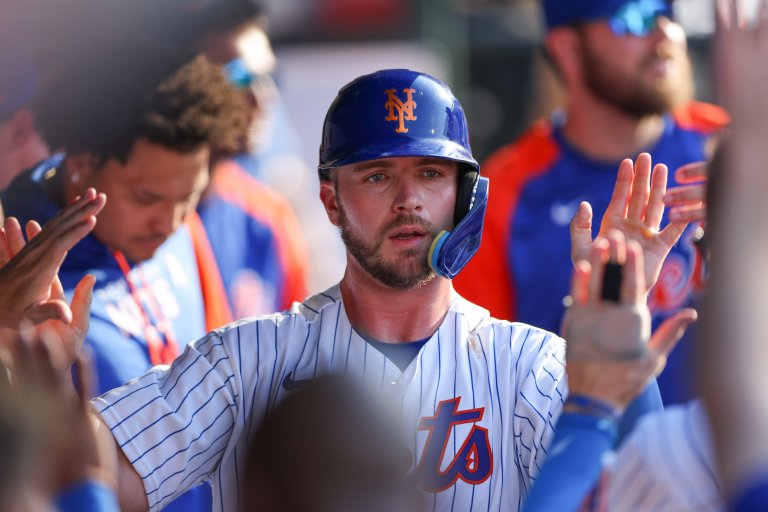 The Reds vs Mets odds favor New York as -275 moneyline favorites on Monday, August 8, at 7:10pm ET
Cincinnati will give the ball to Justin Dunn (1-3, 3.75 ERA), while New York will counter with Chris Bassitt (8-7, 3.61 ERA)
Read below for the Reds vs Mets odds, analysis and betting prediction

The New York Mets (70-39, 34-18 home) made a statement over the weekend taking four of five games from the defending champion Atlanta Braves. They’ll look to carry the momentum over to a new week, as they open up a three-game set with the Cincinnati Reds (44-63, 20-31 away) on Monday.

Odds as of August 7th at Barstool Sportsbook.

The Mets opened up as massive -275 moneyline favorites in the series opener, in a game with a total of 8.5. First pitch is scheduled for 7:10 pm ET at Citi Field in Queens, NY with clear skies and 89 degree game-time temperatures in the forecast.

The Mets enter play with a 6.5 game lead in the NL East, and sport a +550 price tag in the World Series odds.  They’ll give the ball to Chris Bassitt, who was sensational in his previous outing.

The 33-year-old threw 7 innings of shutout ball against the Washington Nationals, scattering six hits while striking out four. It marked the fourth time in five starts he’s yielded two runs or less, and he’s now won four of his last five decisions overall.

Chris Bassitt has a 2.54 ERA over his last 8 starts 💪 pic.twitter.com/E1iKhSlLrE

Bassitt hasn’t faced Cincinnati batters a whole lot over his career, but when he has he’s been dominant. The righty has limited current Reds batters to a .042 average and .097 slugging percentage over 27 at-bats.

Cincinnati meanwhile, will give the ball to Justin Dunn. The 26-year-old will make his first big league appearance since June 17, 2021, after dealing with injuries over the past year.

Justin Dunn will be recalled from Triple-A Louisville on Monday to make his Reds debut and start vs. the Mets.

He recently completed a rehab assignment in Triple-A Louisville and the results were not very encouraging. The right-hander struggled with his command yielding nine walks, while also allowing 16 hits, and 11 runs over 12 innings.

If he struggled that badly in the minors expectations should be kept very low given how well the Mets are currently swinging the bats.

New York has won 12 of 14 overall, posting a +32 run differential during that stretch. They’re averaging six runs per outing over the last two weeks, with a ridiculous slash line of .313/.381/.521. They rank top four in MLB in runs per game, hits and batting average, and feature the number four NL MVP odds contender.

That of course is Pete Alonso who leads the National League in RBI with 95. Alonso has been tearing the cover off the ball against every team he faces in 2022 and the Reds are no exception. The 27-year-old is hitting .385 versus Cincy this season, with a .967 OPS.

The Reds on the other hand, have won six of nine but offense hasn’t been the primary reason why. They’ve scored more than three runs just three times during that stretch, but have found success by limiting their opponents to only 2.7 runs per game.

Given Dunn’s shaky minor league stint however, I wouldn’t expect that stingy pitching to continue on Monday.

New York outscored Cincinnati 15-8 in a three game series last month and has covered the run line in each of their last nine victories. They’ve outscored their opponents 50-38 in 10 home tilts since the All-Star break, while only the Braves and LA Dodgers have more home victories this season.

There’s no value on the New York moneyline at -275, so consider a bet on their team total instead. The Mets team total currently sits at 5.5, a number they’ve eclipsed in five of their last six games and are in line to do so again versus an overmatched Dunn and the Reds 30th ranked bullpen.