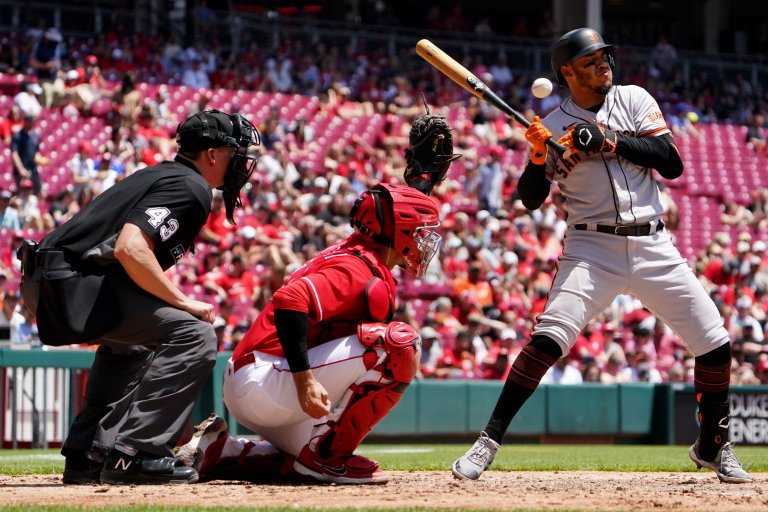 The San Francisco Giants are -185 home favorites over the Cincinnati Reds in a National League game slated for Friday, June 24
San Francisco is 6-1 straight up over the team’s last seven home games
All of the Giants vs Reds odds and picks are assembled and assessed in the story below

Add it all up and it bodes well for the Giants. That’s certainly the way the scenario is being viewed by oddsmakers. San Francisco is set as a -185 home favorite in the opener of a three-game weekend series. The Reds share the National League low with just 11 road wins this season.

First pitch for this game at Oracle Park is set for 10:15pm ET on Friday, June 24. The weather forecast for San Francisco is calling for a mix of sun and clouds, 16 mph wind and a temperature of 64 degrees.

At odds of -185, the Giants are offering an implied probability of victory of 64.91% in the MLB betting line. A successful $10 wager on San Francisco would deliver a payout of $15.40.

The MLB betting trends show that in the NL Division odds, odds of +1100 are available on the Giants to win the NL West. The MLB pennant odds show the Giants at +1200 to win the NL flag. San Francisco is at +2800 to win it all in the World Series odds.

Veteran Giants right-hander Alex Cobb’s underlying numbers are suggesting his season is better than the most prevalent digits might be indicating. A two-start stretch in May in which he allowed 20 hits and 13 earned runs over 11.1 innings pitched ballooned his ERA from a respectable 3.98 to 6.25.

Alex Cobb is a pitcher for the San Francisco Giants (@SFGiants)
He has 5.62 ERA this season ⚾#SFGameUp #MLB pic.twitter.com/IhTEA7aMJW

He went on the IL with a neck strain in early in June. Over his last two starts. Cobb has allowed four earned runs and eight hits across a 10-inning span. The first of those two games was a May 29 six-inning stint against the Reds. He didn’t figure in the decision of a 6-4 Giants victory.

For the most part, there’s been little to complain about since rookie right-hander Graham Ashcraft was summoned from Triple-A by the Reds. He’s showing a .750 winning percentage (3-1) for a team that is showing an NL-worst .333 winning percentage on the season. In fact, the Reds are 5-1 in Ashcraft’s six starts.

Graham Ashcraft intimidates Omar Narvaez back to his own dugout pic.twitter.com/eaFwG0oiEL

There are some red flags of late that suggest perhaps MLB clubs are beginning to get a book on Ashcraft’s tendencies. In his last two starts he’s 0-1. Ashcraft has surrendered 17 hits and 10 earned runs over 9.2 innings pitched during that span. Ashcraft’s ERA has jumped from a season-low 3.32 to a season-high 3.88 over his last two trips to the mound.

He’s 0-0 with a 6.00 ERA in two career road starts. Ashcraft’s first big-league win was against San Francisco. He pitched 6.1 scoreless innings May 27 in a 5-1 win over the Giants.

The Giants are getting their second look at Ashcraft. That should be helpful now that they have a book on the rookie.

Cobb’s analytics are better than his win-loss mark and ERA. Plus, he’s never lost to the Reds and San Francisco is playing solid ball at home.