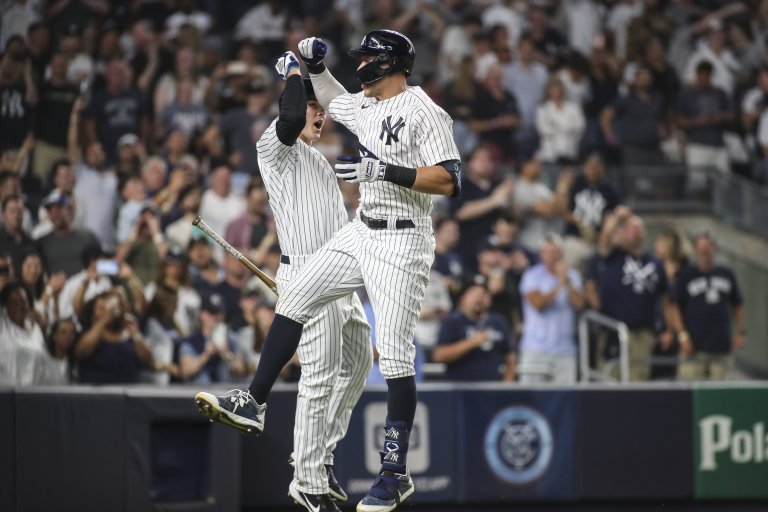 The Red Sox and Yankees meet on Sunday in the Bronx
This is the final game for both teams ahead of the All-Star Break
Read on for the odds, preview, and picks

New York will be looking to give Chris Sale a rude welcoming back to the Majors as he makes just his second start since returning from injury. The Bronx Bombers counter with Gerrit Cole.

Sale has been on the shelf practically the entire year but made a respectable return to the mound on July 12th against Tampa. The veteran lefty tossed five innings of scoreless baseball, scattering just three hits while striking out five and allowing only one walk.

Five shutout frames for Chris Sale in his return. pic.twitter.com/KXuyu4Gc6W

The velocity looked good for Sale, touching the high 90s at times and comfortably sitting in the 92-94 mph range. His slider was also on point. Historically, he pitches well against the Yankees, compiling a 2.98 ERA in 21 career outings.

Cole meanwhile is coming off an absolutely flawless start against the Cincinnati Reds. The hard-throwing righty sat down 11 hitters in seven scoreless frames on July 12th. That was his eighth win of the year and Cole’s ERA sits at 3.05.

However, the 31-year-old was hit around by the Red Sox earlier this month, allowing five earned runs and two homers. He did still last six innings, but his ERA vs. Boston this season is over seven. Not ideal by any means.

Red Sox Need to Figure it Out

The All-Star Break is essentially here and the Red Sox are a whole 14.5 games behind the Yankees in the division. They’re also just 3-7 in their last 10 contests and need to turn it around in a hurry.

Chris Sale back in the rotation should help though because if he can find his best, it gives Alex Cora another weapon in his staff that ranks 13rd in ERA at 3.83. Boston should be feeling confident for Sunday though because they tend to rake off Cole.

No one predicted New York would be the best team in baseball but that’s evidently the case. Their 62-28 record is https://twitter.com/MLB/status/1547761863072460801top dog in the Majors and even better, the Yanks are 35-12 in the Bronx. Aaron Boone’s squad ranks first in runs and homers while also sitting second in slugging, OBP, and OPS. Basically every offensive category.

Has Aaron Judge’s value increased this [email protected]_Rosenthal has the latest: pic.twitter.com/caZJihkXhk

Aaron Judge, who is an AL MVP odds frontrunner, already has 31 homers to lead the Yankees lineup. The long ball is a huge source of offense for this group because they’re actually just hitting .243 as a team.