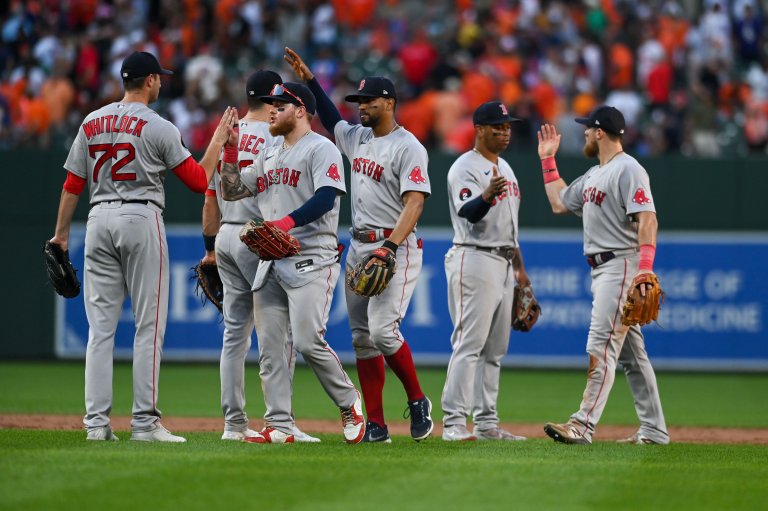 The Red Sox and Orioles meet on Sunday Night Baseball
This is the series finale between the AL East rivals
The Red Sox vs Orioles odds, preview, and betting prediction can be found below

The Red Sox hand right-hander Nick Pivetta the ball for the series finale. The O’s counter with Dean Kremer.

Odds as of August 20th at Caesars Sportsbook.

Boston and Baltimore are sitting at similar moneyline odds here, but the visitors are favored by 1.5 runs. In the last 10 games between these ball clubs, the O’s have the slight edge with a 6-4 record.

Pivetta isn’t having the greatest season for the Red Sox, pitching to a 9-9 record and 4.28 ERA in 24 starts. Although he’s managed to collect 130 punchouts in 136.2 innings, the Canadian has walked 50 batters and can get wild at times.

But, there is reason for optimism. Pivetta tossed seven scoreless against the Pirates last time out, allowing just one hit while striking out six. He owns an ERA of 3.48 vs. Baltimore in 2022 as well.

Kremer is actually looking relatively decent for the surging Orioles. He possesses a solid 3.58 ERA and 5-4 record and does a nice job of pitching to contact and pounding the strike zone. In 13 starts, the righty has allowed only 16 walks.

He should be confident heading into Sunday, too. Kremer tossed a gem against the Jays earlier in the week, limiting them to two runs in seven frames. The Red Sox have hit him around this year though, compiling an ERA over six in two outings.

Boston is currently just five games out of a Wild Card spot and to be honest, every single contest is important for them right now. Thankfully, the Red Sox are playing better lately, winning four of their last six.

Saturday at the ballpark. pic.twitter.com/ucs7W9mq0B

Saturday was a nail-biter 4-3 victory over Baltimore, with Christian Arroyo leading the offense as he went 3-for-4 including a massive go-ahead double in the ninth. Michael Wacha also gave Boston 5.2 quality innings of scoreless baseball. Pivetta needs to do the same on Sunday.

The O’s might be just four games above .500, but at Camden Yards, this team is a lot better, compiling a 34-23 record. Heading into the finale, they’ve won five of their previous seven at home, including a 15-10 thumping of Boston on Friday before dropping Saturday’s contest.

After exploding offensively, it was a much quieter day at the plate. Baltimore collected only eight hits and left five runners on base. Jorge Mateo’s triple was also their lone extra-base hit.

Pivetta is awful against the AL East with an ERA over seven. Kremer also pitches better at home. With that being said, I’m liking the Orioles to take the rubber match.