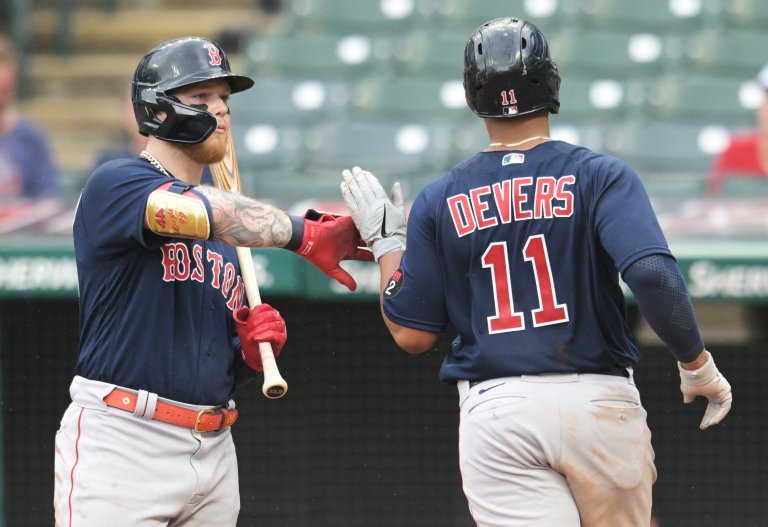 The Red Sox and Blue Jays kick off a big three-game set on Monday
Boston currently sits 1.5 games ahead of Toronto in the AL East
Find the odds, preview, and picks for the series opener below

Monday is the beginning of a crucial three-game set in the AL East between the Boston Red Sox and Toronto Blue Jays, with both teams still trying to catch the surging New York Yankees. The first pitch is scheduled for 7:07 PM ET at the Rogers Centre.

Boston is calling up Connor Seabold to make his first big league start of 2022 here, while the Jays counter with their ace, Kevin Gausman.

Toronto is a -175 favorite with Gausman on the hill and has won five of their last six against Boston.

Boston has recalled Seabold from Triple-A to replace Kutter Crawford, who was serving as the team’s No. 5 starter in place of the injured Nathan Eovaldi. Seabold has only pitched a total of three innings in the MLB back in 2021 and will be tasked with a formidable Blue Jays lineup.

In 11 starts for Worcester, he’s gone 5-1 with a 2.09 ERA, striking out 51 hitters in 51.2 innings of work. In that lone outing last season, Seabold tossed three innings and allowed two earned runs.

Although his record doesn’t reflect it, Gausman is in the midst of a solid first season for Toronto. He’s gone 5-6 with a 3.19 ERA in 14 starts, striking out 87 in 79 innings and issuing just 13 walks. Last time out, the right-hander threw seven impressive frames against the White Sox, allowing two earned while racking up seven K’s. Gausman is even at a long +2100 in AL Cy Young odds.

Since Gausman previously pitched in this division for the Orioles, he’s faced the Red Sox many times, posting a 4.01 ERA across 103.1 innings. He took the mound against them in back-to-back starts in April and surrendered a mere one run in the two outings combined.

After a slow start, Boston is now coming into their own. Alex Cora’s squad has won seven in a row after sweeping the Tigers and Guardians. They came ready to play on Sunday, beating Cleveland 8-3 behind a very solid all-around performance.

The league leader in hits is at it again. pic.twitter.com/D0XDCqdjly

Rafael Devers and J.D. Martinez both had three hits apiece while veteran southpaw Rich Hill threw a gem, going six innings and giving up one run before handing the ball over to the bullpen. The Red Sox will be feeling good about going into Toronto and salvaging another series win amid their impressive run.

The Jays are unfortunately on the opposite side of the spectrum than Boston right now. Toronto is a dismal 3-7 in their last 10 games and just dropped two out of three to the Brewers. Jose Berrios’s forgettable campaign continued on Sunday, allowing eight earned runs to Milwaukee before exiting after 2.2 innings.

The Blue Jays’ potent offense struggled to get anything going too, banging out only six hits and stranding far too many runners. Toronto should feel confident heading back home though, especially considering they’re about to face a rookie on Monday night.

Despite Toronto’s cold streak, I’m riding with them here. They’ve played very well against Boston and Gausman is dealing versus the Red Sox this season. I also expect their offense to give Seabold some problems. Take the Jays to cover.