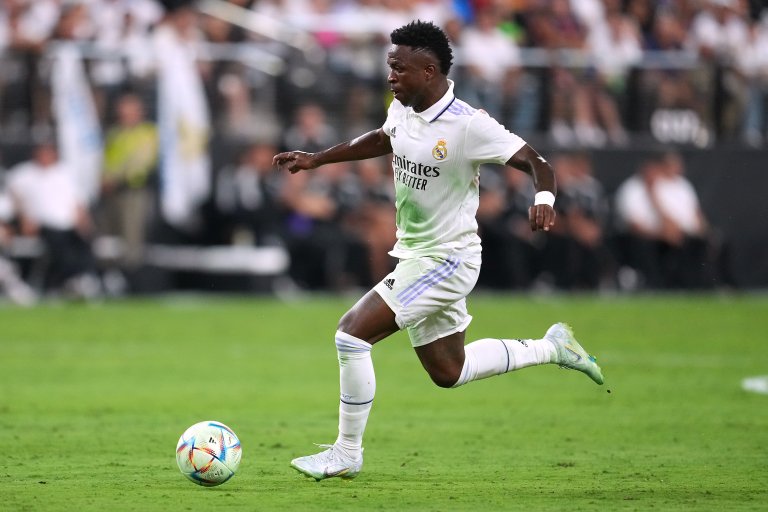 On Wednesday, October 5 it’s Real Madrid vs Shakhtar Donetsk in Week 3 of the UEFA Champions League season. It all kicks off in the Santiago Bernabeau 3:00 pm ET.

Real Madrid are two wins from two in Group F, while Shakhtar are second after collecting four points from their opening two games.

We preview Real Madrid vs Shakhtar Donetsk, take a look at the odds, and offer some analysis, team news, and picks for this  UCL Group F clash.

Real Madrid are massive odds-on favorites to win, with Caesars having pitched them at -500, which equates to an 83% implied win probability.

Caesars are expecting plenty of goals in this game with over 3.5 goals pitched at -105, while under 3.5 is also surprisingly odds-on at -125.

If you’re new to betting on soccer and want to know about Soccer Futures and Outright Betting, then our page offers help on how to do this on this and other Champion League games.

Real Madrid’s defense of their Champions League crown – they beat Liverpool in last season’s final – has started well with two wins from their opening two games. They are also yet to concede a goal in the competition after beating Celtic 3-0 in Glasgow on opening day and then following it up with a comfortable 2-0 win over RB Leipzig on home soil.

Los Blancos are again among that small group of teams considered to be in with a chance of lifting the trophy but in the Champions League odds are still listed fifth behind Man City, PSG, Bayern Munich and Liverpool.  While there is a long way to go, those two early wins have at least put them in pole position to qualify for the knockout phase.

Real Madrid have started their La Liga program in equally unstoppable fashion but slipped up at the weekend when their 100 percent record was ended by Osasuna, who held them to a 1-1 draw. As a result, they dropped to second in the table behind Barcelona.

While Real are heavy favorites to beat Shakhtar, it is worth noting that they lost both home and away to the Ukrainians in the group stages of the 2020-21 tournament.

While, as mentioned above, Shakhtar beat Real twice in the 2020-21 UCL, they lost to them twice in last season’s competition, which included a 2-1 defeat at the Bernabeu on their way to finishing bottom of their group.

They have, however, made a good start to this season’s campaign, with an impressive 4-1 away win over RB Leipzig on Matchday 1 which they followed up with a slightly disappointing 1-1 draw at home with Celtic.

We believe in the Armed Forces of Ukraine! ?? We believe in Shakhtar!#RealMadridShakhtar | #UCL pic.twitter.com/OPdH7XifmQ

Shakhtar’s domestic form has also been good and they currently lead the Ukrainian Premier League with a 4-1-0 record. At the weekend, Igor Jovicevic’s team beat Metalist Kharkiv 6-1 to maintain their place at the top.

The key man for Donetsk is winger Mykhaylo Mudryk, who has two goals and two assists to his name already in this season’s UCL. The 21-year-old has a host of big European clubs vying for his signature but while he is still a Shakhtar player, they remain dangerous opponents.

Given the very short price for the home win, the only value bet involving Real is in trying to predict the score, but even that ignores what an accomplished outfit the Ukrainians are.

For me, even with Real’s wealth of talent and experience, given what’s occurring in their homeland, Shakhtar could produce something extraordinary here. The draw, at nearly 6/1, feels achievable for them.