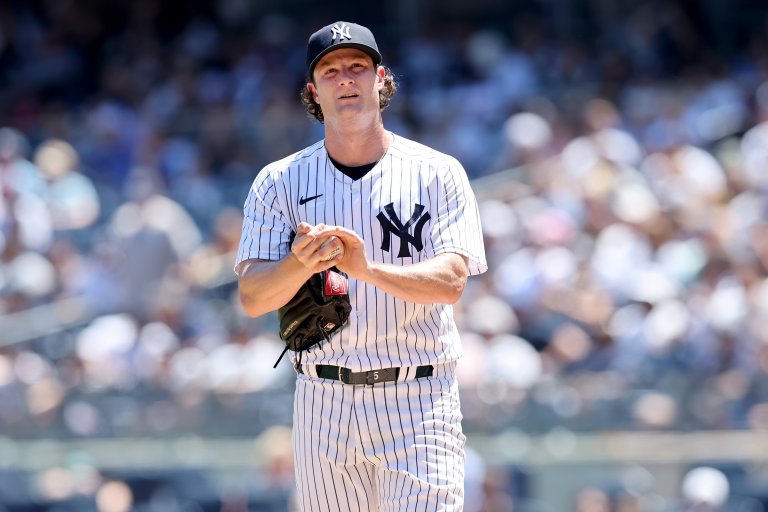 The Rays visit the Yankees on Monday night at Yankee Stadium
Lefty Ryan Yarbrough (0-7, 5.08) will start for Tampa Bay against Gerrit Cole (9-4, 3.38)
A look at the Rays vs Yankees odds can be found below with a pick

The New York Yankees will try to pull out of their skid as they host the Tampa Bay Rays at 7:05 p.m. ET Monday in the opener of a three-game series at Yankee Stadium.

The American League East-leading Yankees (72-43, 41-15) were blanked by the Boston Red Sox 3-0 on Sunday night on the road for their fourth loss in the last five games and ninth in their last 11. The Rays (60-53, 25-31) have won back-to-back games, including beating the visiting Baltimore Orioles 4-1 on Sunday, following a three-game losing streak.

The Yankees still hold a 10-game game lead in the AL East over the Toronto Blue Jays. The Rays are 1.5 games in front of the Orioles for the third AL wild card.

Odds as of Aug. 15 at DraftKings Sportsbook.

The weather forecast calls for mostly cloudy, a gametime temperature of 75 degrees with a low of 68 and southeast wind from 6-8 mph.

Yarbrough will continue to look for his first win of the season in his ninth start and 14th game. He took the loss in relief last Tuesday against the Brewers in Milwaukee, giving three runs on four hits and one walk in 3.1 innings while striking out five.

He does have his good moments.

Cole is 0-2 with a 5.04 ERA in his last four starts but pitched seven shutout innings against the Mariners in a no-decision last Tuesday at Seattle. Cole scattered four hits, did not issue any walks, and struck out eight.

Against the Rays, Cole is 5-6 in his career with a 3.19 ERA in 18 starts. However, three of those wins have come in the postseason and he is just 2-6 in the regular season.

The Rays’ David Peralta is 4 for 9 against Cole with three doubles while Taylor Walls in hitless in six at-bats with three strikeouts.

Yarbrough has given fits to Andrew Benintendi, who is 0 for 14 with seven strikeouts against him. However, Marwin Gonzalez is 3 for 7 against Yarbrough.

Randy Arozarena hit a three-run home to spur the Rays past the Orioles on Sunday. Peralta singled in Tampa Bay’s other run.

O will they ever learn? pic.twitter.com/5R3kB78fzc

Francisco Mejia and Taylor Walls had two hits each for the Rays.

The Yankees were shut out on two hits, both singles, by the Red Sox on Sunday night. Aaron Judge went 0 for 4 with three strikeouts, snapping his streak of 14 straight games reaching base.

The Yankees have won seven of 10 from the Rays this season, including all three games at Yankee Stadium. Judge and Tampa Bay’s Isaac Paredes have each hit four home runs.

That comes after the Rays went 22-12 against the Yankees the previous two seasons.

The odds are large for a reason, but the Yankees are the clear choice in this one, especially with Cole getting back on track last week.