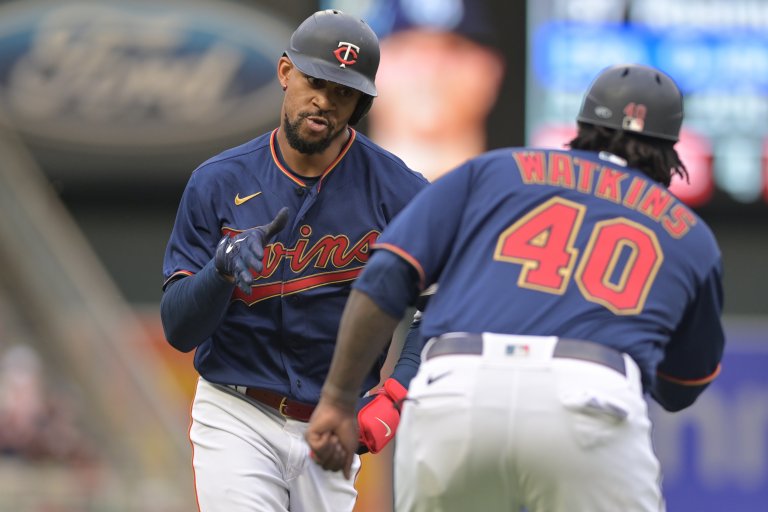 The Rays vs Twins odds opened as a pick’em on Saturday (June 11th, 2:10 pm ET)
Tampa Bay will send Shane Baz to the mound for his season debut, while Minnesota will counter with Chi Chi Gonzalez
Read below for the Rays vs Twins odds, analysis and betting prediction

A pair of playoff hopefuls continue their three-game set in Minnesota on Saturday afternoon. Tampa Bay, who began the weekend in second place in the AL East will take on the Twins, who are the surprise leaders in the AL Central.

Minnesota took the series opener, but oddsmakers are leaning slightly towards the Rays in Game 2.

The game opened as a pick’em, with Tampa Bay earning slight favorite status on the runline. The contest features a total of 9, while first pitch is scheduled for 2:10 pm ET at Target Field in Minneapolis, Minnesota. As for the forecast, a beautiful day for baseball is on deck with clear skies and 76 degree temperatures projected.

Tampa Bay, a top-nine World Series odds contender, will give the ball to 22-year-old Shane Baz, who’ll make his 2022 debut. The right-hander had a successful audition last season, posting a 2-0 record with a 2.03 ERA in three starts, and was scheduled to be in line for a rotation spot in Spring Training. However, elbow issues caused a major setback, but after four successful rehab starts he’s back with the big club.

We give Shane Baz’s MLB Rehab outing a 🔟

Here’s all 10 of his strikeouts from his outing tonight pic.twitter.com/Gdo1m4U9ss

Baz looked extremely sharp with Triple-A Durham yielding just two runs over 13 innings while striking out 20. His final tune-up was particularly impressive, as he fanned 10 over 4.1 innings of work.

He’s never faced the Twins in his brief career, but be on the lookout for a favorable K prop. He’s averaged 1.4 strikeouts per inning in the Majors, while only three AL teams whiff more often than Minnesota.

The Twins, who are down three of their starters due to injury, will counter with Chi Chi Gonzalez. That’s good news for an underwhelming Tampa Bay offense – more on that later, as Gonzalez has been a punching bag for opposing teams over his career.

He sports a lifetime 5.68 ERA  and 1.33 WHIP over 48 starts. He’s made one appearance so far this season, and lasted just three innings after coughing up three runs and two homers to Toronto.

These two clubs have found success in completely different ways this season. Tampa Bay is below league average in runs per game, and bottom-10 in batting average, slugging percentage and OPS.

You don’t need to be piling up runs when your pitching staff is among the best in baseball. The Rays have the fourth lowest team ERA, while ranking top-11 in WAR, K/9 and strand rate. They entered this weekend having allowed three runs or less in three straight games, and in eight of nine outings overall.

Minnesota on the other hand, is fuelled by its offense, especially in light of all the injuries to their starters. The Twins have scored at least seven runs in four of six contests, and are fresh off smacking five homers against the Yankees. Three of those came off Cy Young odds contender Gerrit Cole, on the first seven pitches of the game.

Minnesota began the weekend ranked top seventh in slugging and OPS, and feature six players with a WAR north of 1.2. That list is led by Byron Buxton, who’s hit twice as many homers (17) as anyone else on the team.

Anytime Gonzalez is on the mound, the opposing team is generally a strong wager. He simply can’t keep runners off base and has major issues keeping the ball in the yard, as evident by the .467 slugging percentage and .817 OPS he’s allowed over his career. Even a mediocre lineup like Tampa’s is poised for success.

On the other side, everything we’ve seen from Baz both at the Majors and Minor League level has been impressive. He’ll likely be on a pitch count, but the Rays bullpen is loaded with quality relievers to help pick up the slack once he’s done for the day.

Minnesota’s bats are potent, but look for Baz and Tampa to keep them at bay, while the Rays’ lineup finally comes alive.