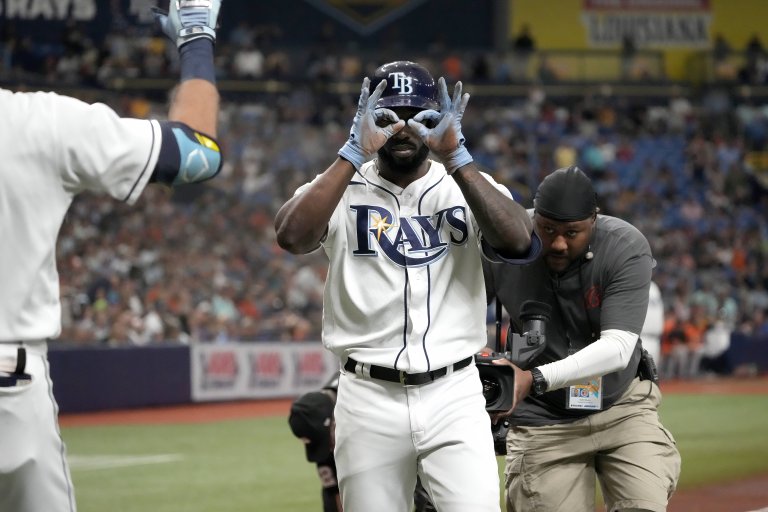 The Orioles are -117 home favorites over the Rays on Thursday
Lefty Ryan Yarbrough (0-5, 5.61) will pitch; for Tampa Bay against Jordan Lyles (6-8, 4.79)
A look at the odds and matchup can be found below with a prediction

The Tampa Bay Rays will try to salvage a split of their four-game series with the host Baltimore Orioles at 12:35 pm ET Thursday at Oriole Park at Camden Yards.

Odds as of July 28th at Barstool Sportsbook

Despite a 40% chance of showers and thunderstorms, it should be a scorcher in Baltimore with a forecasted high of 93 degrees and a heat index of 103 under partly cloudy skies with a west wind at 5-9 mph.

Yarbrough will again seek his first win of the season in his 11th game and eighth start.

In a relief outing last Saturday, Yarbrough took the loss against the Royals at Kansas City. He worked four innings and gave up three runs on six hits with two strikeouts and two walks.

Lyles has gone 1-1 with a 6.75 ERA in his last three starts and did not factor in the decision against the New York Yankees on Saturday at home. He pitched five innings and allowed three runs, eight hits and two walks while striking out two.

You never know what he is up to in the dugout.

Can someone tell me what the hell Jordan Lyles is holding and what he’s doing with it pic.twitter.com/uRA1dD1I8z

Camden Yards has been friendly to Lyles in his first season with the Orioles as he has a 2-2 record with a 3.00 ERA in eight starts. Lyles is 2-3 with a 4.53 ERA in eight starts during the day and Baltimore has gone 8-12 overall when he takes the mound.

The Rays’ Josh Lowe is 3 for 5 with a double and triple off Lyles.

Against Yarbrough, Trey Mancini is a .379 (11 for 29) hitter with four doubles and three home runs while Ramon Urias is 4 for 12 (.333) with two doubles. On the other hand, Robinson Chirinos is hitless in nine at-bats.

Randy Arozarena’s two-run double in the 10th inning snapped a 4-4 tie and gave the Orioles the win on Wednesday night. That came after Jorge Mateo forced extra innings with a one-out solo home run in the bottom of the ninth.

Yandy Diaz had three hits for the Rays and Arozarena – who has +20000 American League MVP odds — and Luke Raley added two each. Raley and Ji-Man Choi hit home runs.

For the Orioles, Mateo, Rougned Odor and Mancini had two hits each.

The Rays lead the season series 8-7 but the Orioles have won six of nine in Baltimore. Tampa Bay is 66-35 against the Orioles since 2017.

This is a pretty unappealing pitching matchup. Fading Yarbrough seems the way to go.