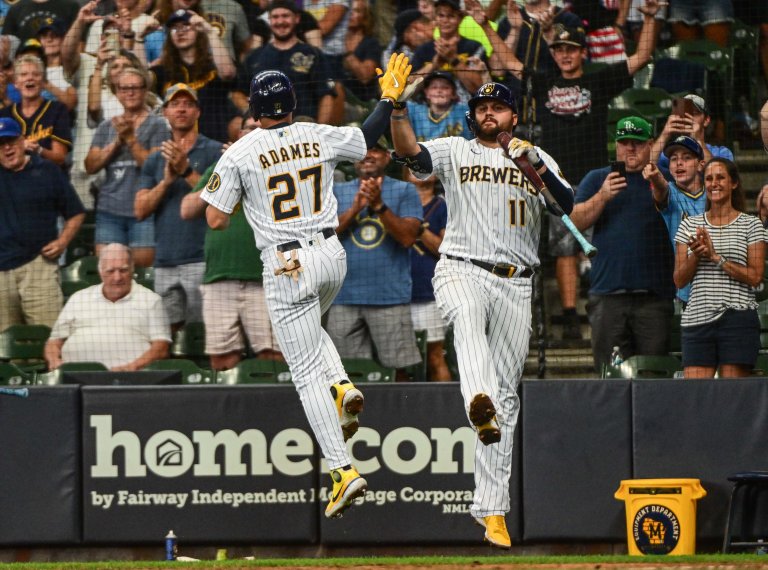 The Rays (58-50, 25-29 away) and Brewers (58-50, 27-22 home) wrap up their mini-two interleague set on Wednesday afternoon. Both teams are in the thick of the playoff race in their respective leagues, and oddsmakers have elected to side with Milwaukee as the home chalk.

The Brewers are currently -155 moneyline favorites, in a game with a total of 7.5. First pitch is scheduled for 2:10 pm ET at American Family Field in Milwaukee, Wisconsin, with clear skies and 84-degree game-time temperatures in the forecast.

The Brewers enter play as a top-eight contender in the World Series odds. They’ll give the ball to Brandon Woodruff who’s been exceptional since returning from the IL. In seven starts since rejoining the starting rotation, the right-hander has a 4-0 record with a 2.17 ERA.

Woodruff, a one-time serious contender in the NL Cy Young odds, has yielded two earned runs or less in nine of his past 10 starts, and hasn’t allowed a home run in seven outings.

He’s got minimal history versus the Rays lineup, but he’s fared well against the hitters he has faced. Woodruff has limited Tampa batters to just three hits in 21 at-bats, while striking out nine.

The Rays will counter with Jeffrey Springs. The 29-year-old is having the best statistical season of his career and is fresh off a victory over the Tigers.

Springs pitched 6 innings of four hit ball against Detroit, allowing two unearned runs while striking out six. He’s yielded three runs or less in all but two of his 22 appearances this season, and boasts an impressive 5.2 strikeout-to-walk rate.

Like Woodruff he has just a small sample size versus Wednesday’s opponent, holding Milwaukee batters to one hit in nine at-bats, while striking out four.

Normally a matchup against the Brewers would be one to fear for Springs. However, Milwaukee’s bats have gone cold entering play on Tuesday.

The Brewers, who rank top-eight in runs per game, slugging and OPS for 2022, have dropped seven of eight, averaging just 3.5 runs per game. Five of those six losses came against the Pirates and Reds, owners of two of the five worst team ERA’s in baseball.

They’ve dropped out of a playoff position for the moment, trailing the Cardinals by two games in the NL Central, and the Padres by one game for the final Wild Card spot.

Tampa Bay meanwhile, entered play with four wins in their past five, but offense has not been the key to their success this season. The Rays ranks bottom nine in runs per game, and bottom-seven in slugging and OPS.

Over the last 30 days, the Tampa Bay Rays’ bullpen is:

Bullpen is getting better and better, and is still not fully healthy.

Their pitching however, has been excellent. They boast the fourth lowest team ERA in MLB and have held opponents to three runs or less in five of six games.

Two above average starters and two underwhelming offenses is the perfect recipe for a low scoring game. The under is 10-3-1 in Springs’ 14 starts this season, while 10 of Tampa Bay’s last 15 games overall have failed to clear the total.

Milwaukee is typically a team we want to target overs with, but not when Woodruff is on the mound at home. He boasts a 2.08 ERA in his own park and a .174 opponent batting average. He’s yielded three runs or less in every home start this season, with four of those six outings producing a total of seven runs or fewer.