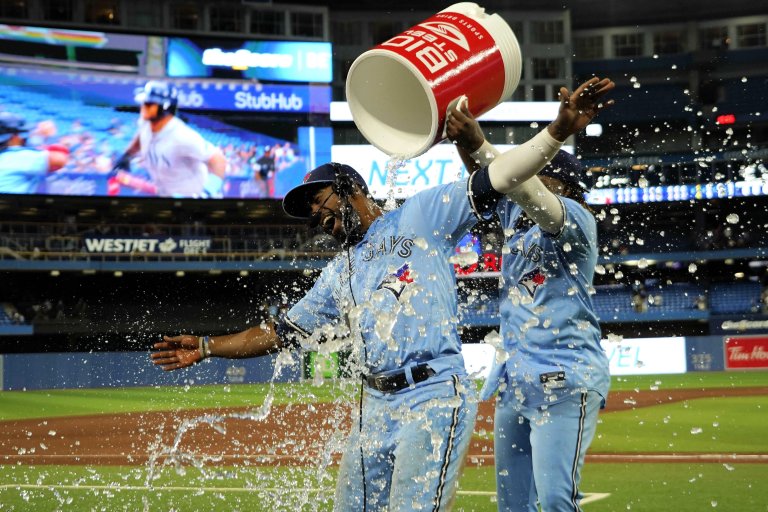 On Canada Day, the Toronto Blue Jays will host the Tampa Bay Rays at 3:07 p.m. ET at Rogers Centre.

Odds as of June 30th at BetMGM.

Though the weather forecast calls for a high temperature of 77 degrees, the Rogers Centre roof could be closed because of expected thunderstorms.

In his last start against the Pittsburgh Pirates last Saturday at Tampa Bay, Kluber had a no-decision after allowing two runs and five hits in 5.1 innings. He struck out six and issued no walks.

Berrios has struggled mightily recently, going 0-2 with an 11.20 ERA in his last three starts.

He was hammered for eight runs on eight hits Sunday in 2.2 innings in a loss to the Brewers in Milwaukee. Berrios had two walks and one strikeout.

The Blue Jays signed him to a 7 year extension in the offseason. #PeteWalkerTwitter pic.twitter.com/EvAs12qLE2

The Rays have given Berrios problems as he has an 0-3 lifetime record against them in five starts with a 5.76 ERA.

The Rays’ Brett Phillips has a rough time with Berrios, going 1 for 7 with six strikeouts.

Hernandez connected in the second inning to make it 2-0. Espinal’s blast in the seventh extended the lead to 4-1 and completed the scoring.

We’ve hit 100+ homers before the All-Star Break for a 13th consecutive season.

Hernandez went 3 for 4 and added a double.

Isaac Paredes hit a solo home run in the fourth inning for the Rays and Yandy Diaz had two of their five hits.

The Rays placed two relievers, left-hander Brooks Raley and right-hander Ryan Thompson, on the restricted list for the series. All unvaccinated players must go on the IR as they are not permitted entry into Canada.

Righties Javy Guerra and Phoenix Sanders were called up from Triple-A Durham.

Tampa Bay is expected to have center fielder Kevin Kiermaier back in the lineup Friday. He has been out since June 21 with right hip inflammation.

The teams have split four games this season but the Rays hold a 155-101 advantage in the series since 2018.

The play here is to fade Berrios, especially factoring his recent run of poor pitching and career-long struggles against the Rays.