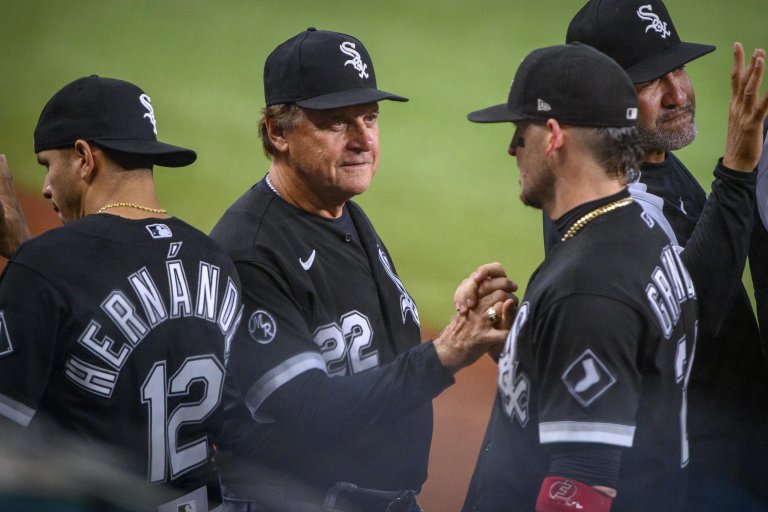 The Chicago White Sox are -150 home favorites over the Texas Rangers in an American League afternoon game on Saturday, June 11
Entering play Friday, the ChiSox were 5-9 straight up in their last 14 home games
All of the Rangers vs White Sox odds, picks, lines, spreads, predictions, picks and best bets are available in the ensuing story

The ChiSox are in third place in the AL Central, while Texas is situated third in the AL West. Since a season-high four-game win streak, the Rangers had gone 4-7 straight up over the past 11 games.

Chicago were losers of two in a row. Prior to that, the White Sox won three straight, Before that, they dropped four in succession.

It’s the White Sox that oddsmakers are going with in this game. Chicago is a -150 home favorite. Texas is a solid 33-23 against the runline this season.

First pitch for this Saturday, June 11 game at Guaranteed Rate Field is set for 2:10pm ET. Rain, 4 mph wind and a temperature of 65 degrees are in the weather forecast.

At odds of -150, the White Sox are given an implied probability of victory of 60% in the MLB betting line. A successful $10 wager on Chicago would deliver a payout of $16.70.

Bucking the oddsmakers, the public is going with Texas in the MLB betting trends. The Rangers are getting 88% of the runline action and 68% of the moneyline play. The public is also going big for the under, with 88% of bets backing that outcome.

In the AL Division odds, the White Sox remain the darlings of the bookmakers. Chicago is the -120 chalk to win the AL Central. The Rangers are +10000 longshots to top the AL West. The World Series odds show the White Sox at +2200 and the Rangers at +35000.

He’s unbeaten since April 18 and has gained the win in four of his last six trips to the mound. He allowed his first home run of the season in his last start June 5 against the Seattle Mariners. Perez was also touched for two earned runs in that game. That’s the first time he’s given up more than one earned run in a start since April 17.

Martín Pérez today posted his career-high 9th straight quality start (6.0+ IP, 3-or-fewer ER), tying the longest streak in club history. He is the 7th Ranger to accomplish the feat and 1st since Kyle Gibson in 2021.

Like his team, White Sox right-hander Lucas Giolito is underperforming this season. He’s served up a disconcerting 10 home runs in 48.1 innings pitched. Giolito rates among the bottom percentile of MLB pitchers in xwOBAcon (.465).

Rangers batters have enjoyed little success against Giolito. Marcus Semien (2-for-10, .200) and Kole Calhoun (1-for-9, .111) are the only Texas players with a hit off of him.

If you’re an MLB player prop bettor, Giolito is a good bet on the over for strikeouts. He’s averaging 6.9 Ks per game this season.

Week 9 Matchups of the Weekend!

Betting on this game, however, it’s hard not to like the Rangers. Perez’s continued dominance outweighs his passive past performances against the White Sox. Likewise, Giolito’s previous success against Texas is overshadowed by his 2022 struggles.