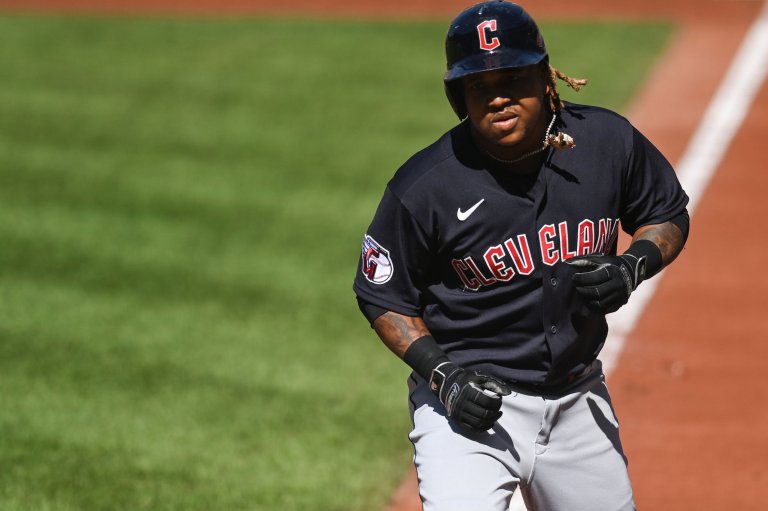 The Texas Rangers and Cleveland Guardians face off at Progressive Field on Monday, June 6th
Chris Woodward’s club has climbed into third place of the AL West, while Terry Francona’s group is within striking distance of Minnesota’s AL Central lead
Read below for the Rangers vs Guardians odds and betting preview

The Texas Rangers (25-28, 12-12 away) face the Cleveland Guardians (24-25, 11-8 home) on Monday at Progressive Field. The series opener has a scheduled first pitch of 7:10 pm ET. Texas sends Jon Gray to the mound, while Cleveland counters with Cal Quantrill.

The Guardians are a slight favorite over the Rangers in this one and have +1000 odds to win the AL Central.

Meantime, the Rangers began the season with +10000 odds to capture the AL West, but have seen those odds shorten to +7000. Texas is projected to win 74.5 games, while Tito’s squad is expected to win 75.5 games in the MLB win totals.

Odds as of June 5th at BetMGM and BetMGM Ontario.

The 30-year-old Gray is coming off by far his best start of the season. The 6-foot-4 righty trimmed 0.73 off his ERA in a 4-3 loss to the Rays last Wednesday, going seven innings and allowing only three hits, an earned run and two walks while striking out 12. It was a glimpse of what Texas hoped for when signing the former Colorado stalwart to a four-year, $56 million deal in free agency last November.

Meanwhile, even though Quantrill has turned in a quality start in six of his last seven outings, Cleveland has only managed a 2-5 record in those turns (with the Guardians posting a 3-6 mark in the 27-year-old’s starts overall). He went 6.1 innings against the Royals last last Tuesday, allowing six hits, three earned runs and no walks while striking out five in an eventual 8-3 victory.

Cal did what he had to do last night and we enjoyed every minute of it.#ForTheLand pic.twitter.com/c0bX9VyzVp

Texas enters Progressive coming off a seven-game home stand that saw the Rangers split a four-game set with the Rays and lose two of three to the Mariners. The team’s big offensive free agent acquisitions — Corey Seager (.232) and Marcus Semien (.196) — are each hitting well-below their expected batting average.

But a bright spot heading into Cleveland could be rookie Ezequiel Duran. The franchise’s  No. 4 overall prospect launched the first long ball of his career on Sunday in a 6-5 loss to the M,s.

As for the Guardians, Francona’s guys took two of three from the Orioles — including a 3-2 win on Sunday, when Andrea Gimenez’s three-run blast provided the Guardians offense with all the runs it needed.

Andrés Giménez is a young star and we need to start talking about that more.#ForTheLand pic.twitter.com/EgAIGKr5nW

The Guardians currently have +10000 odds to win the Fall Classic, while the Rangers are at +250000 in the World Series odds.

Gray was a revelation in his last outing. But it’s hard to predict a similar performance is in the offing.

As long as Quantrill can keep Duran at bay, the home team should be in good shape in this spot.