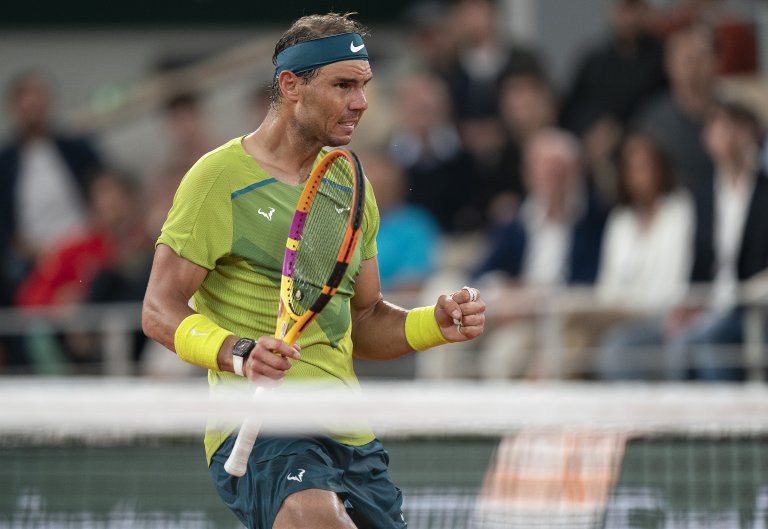 Rafael Nadal is a strong favorite to win his 14th French Open title Sunday (9:00 am ET)
Nadal and fellow finalist Casper Ruud will meet for the very first time in their careers
Scroll down as we break down the matchup and predict whether Ruud has a shot at the win

In the end, the No. 5 seed (who happens to be a 13-time champion) and the No. 8 seed (for whom it is a first Grand Slam final) will meet on Sunday, with the French Open men’s singles trophy at stake.

Ruud stood at +2800 before the start of this year’s French Open, which was behind the major favorites (Djokovic, Nadal and Alcaraz) and the more experienced Stefanos Tsitsipas and Alexander Zverev.

But he and Nadal are the last two standing.

It’s a pretty awe-inspiring occasion – and location – for the next rising clay-court specialist to meet the emperor of the genre for the very first time in their careers.

But Ruud does have an advantage. He and Nadal have practiced together numerous times over the last several years. It’s happened both on site at tournaments and also often at the Rafa Nadal Academy, where Ruud trains on a regular basis.

That can’t hurt. But he’s yet to get a taste of “Beast Mode Rafa” in Court Philippe-Chatrier.

Nadal definitely caught a break – at the expense of the horrible injury to semifinal opponent Alexander Zverev – on Friday.

The two had been battling for three hours – and hadn’t even finished two sets – when Zverev went over on his ankle at the end of the second set. We can still hear the screams of pain, as the preliminary diagnosis was that several lateral ligaments in the foot were torn.

Feel for Alexander Zverev. An ankle twist at that force brings excruciating pain, the swelling is instant and immense. There was no way he could’ve continued.

The roof was closed because of rain. And when that happens, the conditions gets difficult and heavy. Not only are those not favorable to Nadal’s game, he was also sweating profusely within a short time from the start of the match.

Had Zverev not flinched whenever it was time to close out the sets, it might have been … a steep road back.

So Nadal arrives relatively fresh, despite the long marathons against Félix Auger-Aliassime in the round of 16, and Novak Djokovic in the quarterfinals. In fact, both Nadal and Ruud have actually spent nearly an identical amount of time on the court. Nadal at 18:08 and Ruud at 18:02. In Nadal’s case, that time has been backloaded though in his past three matches.

Ruud got past Marin Cilic unscathed in the other semifinal (played with the roof open), with Cilic’s nerves (despite being a decade older and a Grand Slam champion) the big difference.

Nadal’s No. 14 in Clear Sight vs Ruud

You can’t ask for much more than having a solid clay-court player with no massive weapons, who is playing in the biggest match of his career to far, as an opponent if you’re Nadal.

Whatever Ruud does well, Nadal does better.

Having spent a fair bit of time around Nadal will in no way diminish his aura.

And on Sunday, Ruud likely will get a close-up look on exactly what that will entail.

It might not be completely one-sided. But any other outcome than No. 14 for Nadal would be a shock.

Want a 20% live profit boost at the French Open every day? Check out this BetRivers promo code to claim this bonus now! BetRivers Ontario is also now live in Canada as well!