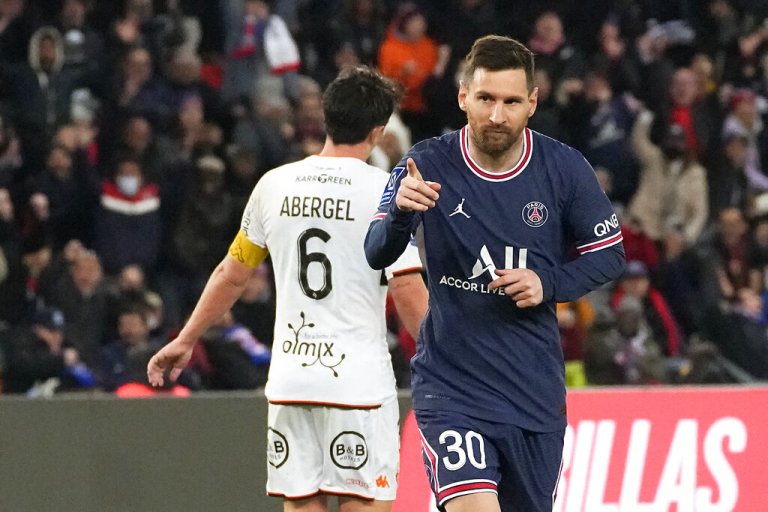 It’s PSG vs Nantes in the French Super Cup on Sunday, July 31 at 2:00 pm ET
PSG comfortably won last season’s Ligue 1 while Nantes were surprise winners of the Coup de France
We preview the game, look at PSG vs Nantes odds, and offer some picks below

We preview PSG vs Nantes and offer below some analysis, team news, and picks for this French Super Cup clash.

Odds as of July  30 at Barstool Sportsbook.

Barstool have listed ‘over 3.5 goals’ in plus money at +114, and under 3.5 at -139, which generally reflects the fact they expect PSG to win this comfortably.

Despite winning the Ligue 1 title by a huge margin, PSG’s lack of progress in the Champions League saw coach Mauricio Pochettino lose his job over the summer. The Parisiens replaced him with former Lille boss, Christophe Galtier – whose team pipped PSG to the title in 2020-21 – although it was widely reported their first choice was Zinedine Zidane.

📍 The Parisians welcomed by supporters upon our arrival at the hotel. #TDC2022 ❤️💙 pic.twitter.com/JLA5SgCdll

But, while preseason friendlies are not always a perfect barometer, Galtier has made a good start in the PSG hot seat with three wins from three on their mini-tour of Japan. The wins over Kawasaki Frontale, Urawa Red Diamonds and Gamba Osaka, followed a behind-closed-doors win over Quevilly-Rouen at their training ground.

Galtier’s number one priority this season will be the Champions League and in order to get the most out of his expensively assembled strikeforce, and probably to shake things up a bit, he has been trialing a 3-4-1-2 formation  – one that so far has worked well.

🗣️ “Playing for Paris is a great source of pride for me.”

PSG’s summer arrivals, Nordi Mukiele, Hugo Ekitike, and Vitinha, have been brought in with a view to reinvigorating the squad with young, dynamic players but they will need time to find their feet among a squad of such big names. An eighth Trophee des Champions in the last nine seasons would be a good way to settle those PSG nerves.

Nantes’ ninth-placed finish in last season’s Ligue 1 represented a significant improvement for a team that only retained its place in the division at the end of the 2020-21 season via the promotion/relegation playoffs. But Head coach Antoine Kombouare – once in charge of PSG  and who only arrived in February 2021 – has had a positive impact on the club, including leading them to the Coupe de France crown in May.

The win at the Stade de France was a significant moment for Les Canaris as it was only the fourth time they had won the French Cup and their first major trophy they have lifted since 2000-01. It was won by beating  Nice in the final, thanks to a 47th-minute penalty from Ludovic Blas, after Les Aiglons had earned their final place by beating PSG in the semi.

It’s been an indifferent pre-season for Nantes who lost to Guingamp and Rennes but beat Caen and Lorient, so a game against the mighty PSG will represent a massive step up in level and intensity.

In Nantes’ favor is the fact they have a good recent record against PSG  – two wins out of their last three Ligue 1 games against the reigning champions – but this still looks a big ask for Les Canaris.

With such quality in the PSG attack, it’s hard to see past a comfortable win for Les Parisiens and there is value here in betting on a two-goal margin.